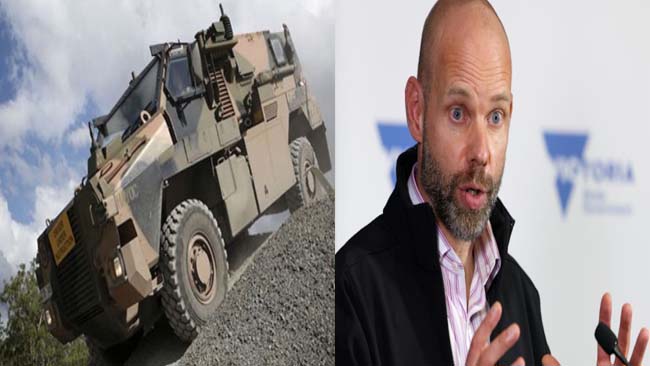 The Australian Army has been forced to recall bullet-proof windows on it’s new Bushmaster PMV’s, after revelations by COVID Commander Jerome Wiemar that COVID can travel through windows.

The move has forced the vehicles out of service until the refit is complete, at massive cost to the taxpayer.

However, critics have said that the claim is ‘the usual unscientific bullshit’ and just being used to stimulate economic activity to inflate Victoria’s GDP.

“It’s the broken window fallacy in reality. Who the fuck believes this shit? This cunt isn’t even a real Commander but LARP’s as one,” an Army Commander speaking on the condition of anonymity said.

The Taliban have also stated that they will be ordering their soldiers to cough on any military equipment, should the ADF be redeployed to Afghanistan.

Apparently kids in a playground can spread Covid, but worker wearing hi-vis at a construction site don’t.

Hi-vis, or if you want friends to come visit, just self list your house for sale and they can come and inspect, you can serve cheese and wine like they do on the block, maybe even a fancy sausage sizzle.