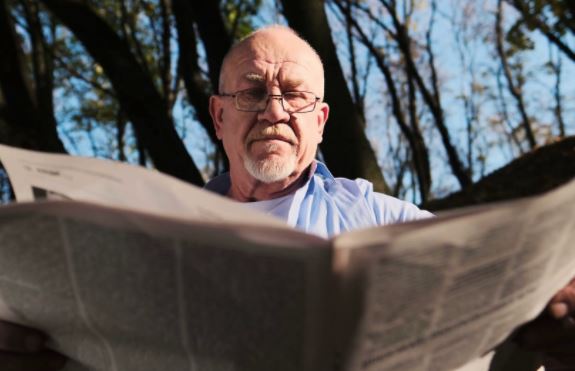 A Mornington man has made a Facebook post in disgust of lockdown protestors yesterday in Melbourne, calling them ‘bloody selfish.’

Local boomer and self-professed hard cunt John Robertson, 68, went on a lengthy rant claiming the ‘unemployed bastards’ should all be locked up and go and get a job.

“Bloody protestors putting us all at risk. They’re exactly the reason I can’t go on my caravan holiday to the Barossa Valley or the cruise to Fiji I had planned. Lock’em all up and throw away the key,” Robertson said.

“Police are just trying to do their job collecting overtime to beat the shit out of those made unemployed by lockdowns, so obey the bloody law and let them keep us safe.”

However, it went south in the comments section after John was outed by one of his mates, Ron.

“Mate, you’re retired with a beach mansion in Sorrento sitting on a massive superannuation nest egg with a pension, because you dodgied up the assets means test to the ATO. Have some respect for those out of work.”

Robertson did not reply to comments and has since set his account to private.

The reason we are in these punishing lockdowns is because of boomers. The boomers have higher mortality rates due to Covid, so last year we locked down to protect them. So this year rather than thanking the younger people who suffered greatly through lockdowns by taking the jab, they decided that AZ was not good enough for them. My kids can’t play in the playground and have home schooling because of these spoilt brat boomers.

Time to let the boomer remover rip so that we can be rid of the fuckers for good, will go a long way to freeing up some housing too.

i wish it really was a boomer remover but this virus is so pissweak it cant even take out most of them. it’s a silent and whatever is left of the greatest generation remover more than anything.

if it ran in its original form, it would’ve knocked off a reasonable part (maybe 3%-5%?) of the of boomer cohort & a good chunk (15%+?) of the silent generation.

with the last 18 months of lockdowns (borne most acutely by the young), they’ve managed reduce expected impact on boomer population to a mere light bruising (with imperfect jabs).

The actions were too poorly implemented to save the silent generation (in homes).

so it’s standard EZFKA outcomes really – boomers have ignored/neglected the older and squeezed the younger to improve own position.