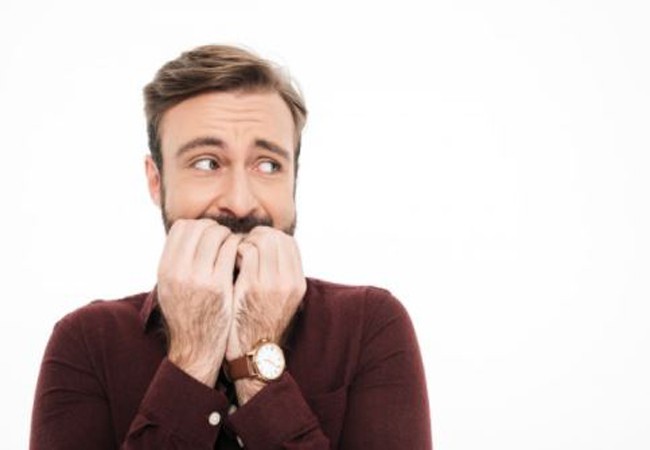 A new study has proven Australians have overtaken Canadians to become the world’s biggest pussies, as the country continues it’s descent into what some experts are describing as “China 2.0.”

The study, conducted by the Institute for Boot Licking, ranked Australia #1 in 2021 for submissiveness, cowardice and compliance in relation to the ongoing COVID lockdowns after regularly finishing #2 to Canada in the last ten years.

Commonwealth countries topped the list with New Zealand finishing third and the UK 4th. Cowardice levels in Victoria and Western Australia pushed Australia over the line to defeat the North American country for the first time since 2011.

“Australians have shown that there’s no freedom or civil liberty won by previous generations that they won’t sell out for a small bread crumb of comfort. I mean if we’re talking pathetic, they truly are the global leaders,” Dr Yuri A. Phugwitt, head of the institute said.

“Lining up for hours to take an insanely risky experimental jab for a disease with a 99.9% survival rate, wearing a useless cloth mask, closing your small business down but then shopping at Woolies and Bunnings, etc – Aussies really have proven that they will take any sized government or corporate penis in the arse if you scare or threaten them just a tiny bit.”

“In the spirit of the current zeitgeist, if there was a ‘Do what you’re fuckin’ told’ Olympics, Australia would top the medal count every time.”

It’s close but I think Tranada is still ahead. Although I am sure the trans hysteria will be legalised in Australia once the virtue signalling twats in Labour take power if that ever happens. https://torontosun.com/2017/06/17/the-big-problem-with-canadas-transgender-rights-bill

No doubt it’s a close run between my home and adopted countries.

For your Friday laughs, how many times has MB declared the death of Foxtel? They just announced record subscriber growth.

Any day now mate. Just like that iron ore crash.

Hazzard on presser for HSC students getting vaccinated

They are desperate for people to take the jab. I don’t think it’s going to do what they think it will but I guess it’s symptomatic of the old adage,
“We have to look like we are doing something”

Yeah not many 17-18 year olds are going to say no so it’s easy work getting them done.

I just had this thought (sorry if it’s been obvious to everyone else for a long time) – but this “jabs for school kids” thing is actually very high-stakes brinkmanship.

If parents do go along with this and there is even one case of a kid falling over dead due to the jab, the political tables are liable to turn very significantly.

because the parents of the schoolkids are not the wealthy elites (susceptible to virus), they are the younger underclass (not really susceptible).

highlighting that the kids and their young parents have to take experimental jabs to keep kents like Gerry Harvey and Harry Triguboff safe is a dangerous thing.

If they announce it, but most likely it will be unrelated heart condition, or unexpected unrelated clot as opposed to covid related simply by being positive.
When you have virtually total control of the narrative the stakes are significantly less.

Exactly, like the 30 year old that died of covid, who was actually 38 years old, now apparently had the AZ jab and was treated in hospital for DVT and then emergency surgery and ended up in a coma where they had to turn the machines off. So in reality typical blood clot related death reported as covid death.

How many other deaths have they lied about to suit the narrative !

Oh yeh, they’ll have a whole media machine to try to counter anything like this.

but on the other hand they’ll have an aggrieved mother to contend with… so they’d better watch out.

Anyone likely to blame the vax is also likely to not actually get it, but it could go as you say.

What a freakshow, maybe Canada should have top place back. At least it was born a girl though:

If these people insist on not using he/she then I am calling them it. They/them are plural! And deadnaming can also fuck right off.

Yeah. Fuck that Quinn bloke. And also fuck that Gavin Hubbard chap who claims to be a woman named laurel.

They’re both men taking the piss.

And finally, fuck anybody who insists we address individuals as “they”.

True that. Here’s a new one:

ie expats returning to Australia to visit now have to get permission to leave if they want to go back to their current country of residence.

So true mate…. When I ask my friends what are the trade-offs to their position of locking up healthy people/society, I’m met with blank stares. When I volunteer such information, I sense a momentary flicker of reflection before the programming again kicks in… ‘we need to save lives, get vaccinated and prevent the spread of the virus so we can open up again’