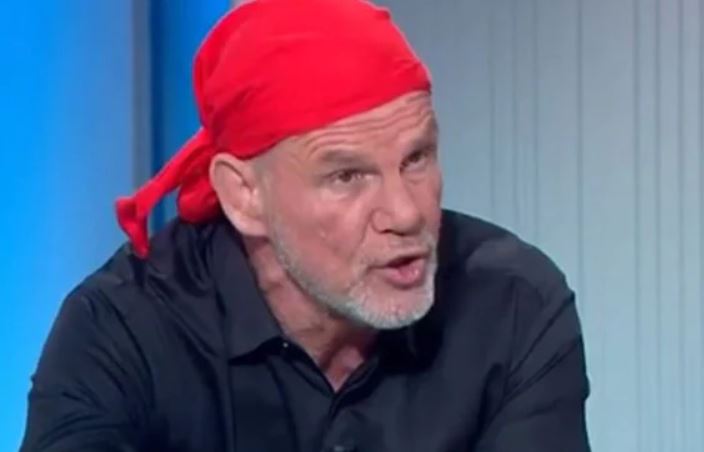 A new poll has found that Australians have overwhelmingly support deporting Fairfax columnist Peter Fitzsimons to North Korea on a permanent basis.

The Institute for Based Australians’ poll found that an overwhelming number of Australians wanted the self-described ‘fuckwit with a platform’ kicked out to Pyongyang forever, after a piece calling for medical segregation in the Sydney Morning Herald last week.

Only 5% objected on the basis they’d prefer if Fitzsimons was ‘given a proper medical beating to treat his already prevalent CTE issues evident in his opinions.’

Fitzsimons, married to The Project’s intellectual heavyweight and part-time botox experiment Lisa Wilkinson, has not responded from his mansion in South-East Sydney, but said he would be making a statement as soon as he’d ‘had his morning turd’ which he has repeatedly stated is the inspiration for his writing.

Oh my, I feel so lucky that I genuinely have no clue whodafak is this chap.
I do remember the “botox experiments” from 5+ yrs ago and I remember seeing a few times The Project which left a bitter sweet feeling but not this guy at all!!!

I filled the antenna socket with some prestik (a fancy version of blutak) to avert temptation.

who is this pirate?

Fuckwit in the Fairfax who regularly opines shit.

Timbo’s description of provocateur for clicks is accurate.

I read his article and was indecided as to whether I’d prefer to beat him with my fists until he stopped moving and making sounds, or whether it’d be more satisfying to take a sight picture on him.

I settled on the latter.

Count me in on that.

The pirate larping cunt deserves way more than a beating in my opinion.

If it is any consolation, the French tried the former:
https://youtu.be/QcFOmf6Q1lk

Hmmm, that explains quite a few things now…🤔

the goddamn bandanna. just wear a piece or go bald like the rest of us.

apparently scomo was watching the protest feed on fb lol