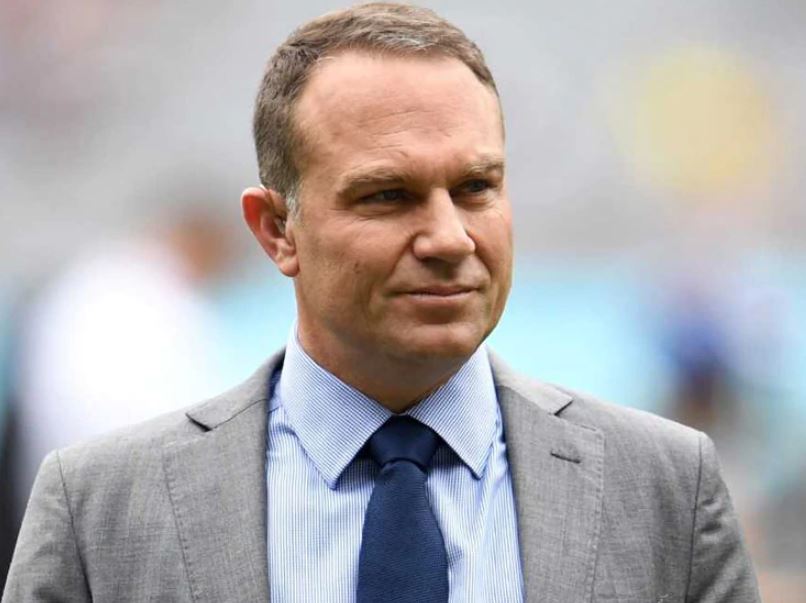 Former Australian cricketer Michael Slater has blasted Prime Minister Scott Morrison’s flight ban from India, while on a conference call from a five-star resort in the Maldives.

Slater, who had been in India for the now cancelled IPL along with other Australian cricketers, was unable to get a flight home to Australia and was forced to divert to the Maldives to ride out the two-week quarantine period at the tourist haven.

“It’s outrageous. I’m going to have to spend a torturous two weeks beach side, getting pissed and working on my tan because the government can’t get it’s act together,” Slater said.

“It’s hard enough making a voluntary choice to go overseas during the middle of a pandemic and get paid to commentate on cricket, and then this. It’s a disgrace and not showing preference to sportsball in the national interest is completely unAustralian and against the spirit of EZFKA!”

Slater said he intends to file for discrimination at the Human Rights Commission on his return to Australia, comparing his treatment to that of Stuart MacGill.

As I said to Peachy, I’ve been meaning to do more actual serious pieces but there’s too much to take the piss out of. So apologies in advance for satire spam.

This one’s a good one

I think it’s good to write about topical matters.

don’t force the serious stuff if there is fun stuff begging to be written. 😁

but still, I disagree with this decision. what’s the point of being a citizen, having an Australian passport?

Meanwhile, Morrison sides with China on Taiwan reunification. What a fckwit!

“When speaking about Taiwan, Morrison referred to “one country, two systems” – the principle that China pledged to apply when Hong Kong was returned to Beijing’s control in 1997. But this is not Australia’s policy in relation to Taiwan, and both sides of Taiwanese politics reject the idea.”

Tell ya what, the big planes were coming in from somewhere tonight over Petersham.

I don’t see why we are having these big sporting events during a pandemic. The same goes for the Olympics that are suppose to happen this year. Even the tennis should not have happened in February. It sent messages that if you had money you could travel and play your sports meanwhile Victoria was happy to shut out people at that time who had been in QLD. And how many cases did QLD have at that time? Just a handful and yet we happily flew people to Victoria from virus infested Europe and USA.

But this is exactly what EZFKA is all about – those in power are only interested if you have money, otherwise they couldn’t give a shit.

Yes, you are right. So in essence Slater is mightily peeved because his money and fame hasn’t allowed him to frontrun the plebs

anyone live near a big city airport? how is the air traffic lately?

Hey mister, are you planning to finish your draft post?

i am working on it but man i am lazy!! the secret is out though

Curry in a hurry

Curries smell really bad. Like a rancid mix of curry and BO. And the male ones will fck anything with a hole

Last edited 1 year ago by Curry in a hurry
1

Peachy
Reply to  Curry in a hurry

feelings about things can be neither true nor false themselves, neither right nor wrong. They just are particular states in which we happen to find ourselves

but however you might feel, you do have a choice about whether you act like a prick about it or not.

I don’t understand this outrage about banning flights from India. It’s perfectly reasonable.

Quarantine has been shown in WA to not be able to cope and hotel quarantine is a disaster waiting to happen somewhere in this country, a disproportionate number of people from India are testing positive for COVID because they get falsified COVID tests to get on the flights.

Some people don’t understand EZFKA, so they assume that there are “citizens” to whom “obligations” are owed.