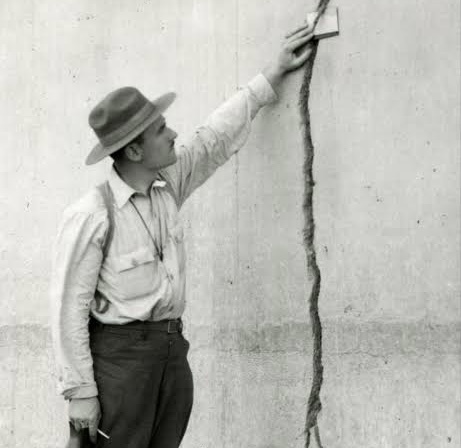 I feared that Davo was so obstinate about the nature of MOLOL that even when the APRA’s Chairman Byao told him that he won’t do jack to lean on on house prices, he’d still have his fingers in his ears, chanting “lalalalala it doesn’t count unless the term ‘MPLOL’ passes his lips!”

This is Davo’s take:

Could it be that the Deflation Imaginarium has developed a minor crack? Could the fresh smell of EZFKA be seeping in?

I am not holding my breath… more likely that one fantasy is merely being replaced by another :

When Labor wins the next election it should clarify APRA’s mission statement to include house prices, just as NZ has done. Even better it should shut it and hand prudential responsibility back to the RBA with the altered mandate.

I reckon he still done dungeddit. If it’s to collapse, it is more likely to collapse despite all govt support, not because support is withdrawn. Because ezfka government is momentarily powerless, not because it is magnanimous.

whats the story with NZ rn? what is going on over there that’s got the chatterers chattering?

but chances are good that they’re setting the youngins up for a new disaster. By forbidding interest tax deductions in NZ they are preference go non-NZ buyers.

Good likelihood that EZFKA property investors will figure this out and buy up all the NZ property & get their interest deductions in Australia, locking NZ mates out.

….unless they ban foreign ownership, which I don’t think they’ve announced….

You haven’t picked up on that yet. Much like last election there is not a shadow of a doubt in DLS’ mind.

I’m telling you all that my elderly parents are lifetime Labor voters, and will vote Liberal for the first time ever because of their ignorant belief that it was Scomo that protected them during Covid.

I’m not going to be equally stupid and say Libs definitely going to win but rather that it isn’t clear cut. Also look back at the last few elections and realise 2PP polls mean f/a because they overrepresent a handful of inner city electorates.

som1 explain 2pp polls to me

That implies Labor probably needs more than 50% 2PP to win an election. There have been a handful of elections where Labor have won 2PP but ended up losing the election. I recall Beazley vs Howard, maybe even the last election as well.

I wish Labor would win, so we get to test my prediction that they would be pretty much zackly the same in defending house prices…

Labor were prepared to scrap NG last election. Although they also had a very cynical let all immigrants bring in their parents, which would have increased demand for housing.

I will never forget KRudd changing the laws to allow foreign purchases, and I also believe it was him that watered down the superannuation rules to allow people to lever up via super. This was well after the GFC crisis. Another very cynical move to put a rocket under house prices.

DLS doesn’t do doubt, even when he has no idea what he’s talking about.

He seems to think that if the libs sack one of their members from the party then they get to sack them from parliament as well.
Ignorance has never stopped him providing a definite opinion about something,

is that you billygoat?

Can’t help but think APRA bozo is actually right.
It isn’t their job to look after house prices, it’s the governments.
Letting the government successfully pass the buck to the RBA and APRA when the government is responsible for most of the factors related to housing costs and the RBA/APRA control literally ONE factor, that they must balance against several other competing requirements is letting the government off the hook,
But of course that is the intention of having these independent bodies.

That’s right. The point of having these “independent” bodies is to obfuscate and fragment accountability to such a point where everyone can claim credit for successes (or anything claimed to be a success) and nobody is accountable for any failures.m (or anything perceived as failures).

It is the EZFKA way.

Yes, you are right. APRA’s function is to ensure the banks hold sufficient capital. This doesn’t mean that it has to target house prices. As you rightly point out, it is the government’s job and this time around they threw grants, concessions and lots of EZFKA handbook options to ensure houses boom.