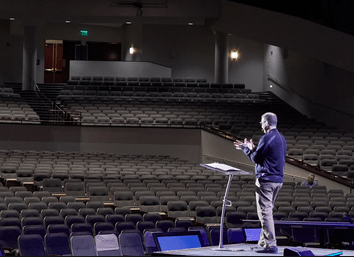 There’s been precious little to write about the goings on over at MB recently, because, well, there’s precious little going on! The boys have been super successful at one thing – alienating their readership (or would-be readership) by consistently getting almost everything wrong and pushing some kind of strange barrow (full of complete contradictions) politically.

The results are plain to see – nobody notices, nobody cares. Like, for example, this fine day:

The most succesful post of the day is some TL/DR rant about whatsit thingy:

Probably need more or these ones, whatever they’re about!

So, what’s the problem? Why isn’t anyone reading or writing at MB? Seems to me that the boys have placed their bets wrong. They could’ve run MB either as:

Blokes chose option B, but apparently judged that being contrarian means disagreeing with everyone and everything. Problem is, the pack is usually not too far wrong – and by disagreeing with the pack ALL THE TIME is a sure way to fail to make profitable predictions and achieve glory. You’ve got to play the percentages, you blokes! You’ve got to pick your battles.

I suppose that, for a while, option C was also open. If you want to run a contrarian-to-everything type setup, Option C is

But i suppose the blokes’ gentle sensitivities were too fragile for that approach, so discourse was heavily curated (censored) to within a narrow window consistent with the blokes’ own biases. And hardly anyone wants to put up with that shit.

The outcome is plain to see and unsurprising.

If you want to succeed in the EZFKA, you need to either give people (A) what they are used to (e.g. Foxtel), or (B) give them a chance to make big fat profits (e.g. realty), or (c) let them run wild and feel like heroes (e.g. Bali holidays)

If you go feral-contrarian and offer up something unconventional, that leads to financial losses all while making people feel boxed in and walled up, you’re going to find yourself with few takers. eh?

Their readership was destroyed with the arrival of covid. The big external shock boogeyman that was central to the MB thesis didn’t produce the housing crash their fans have been waiting years for. Lets not forget their other failed forecasts such as $20 iron ore by 2016 (plus or minus 18mths), FMG to go into administration etc. And now DLS is predicting a $10000 gold price 😂

Their readership was destroyed with the arrival of covid. The big external shock boogeyman that was central to the MB thesis didn’t produce the housing crash their fans have been waiting years for. Lets not forget their other failed forecasts such as $20 iron ore by 2016 (plus or minus 18mths), FMG to go into administration etc. And now DLS is predicting a $10000 gold price 😂

You’re right, DLG. COVID was the thing that showed up so many of the flaws at the same time.

See the comment section – “I think gold has a shot at 10k this cycle”. Seems you replied to his comment too.

Hey – you’re totally right! I poked lots of fun at the $10k gold idea at the time!

maybe I should do a short article about that one. I haven’t checked, but I presume that I was 100% right that the bull run that gold has to Apr 20 has been the big one, and we haven’t had anything as significant since?

Imagine spending 30 minutes – 1 hour typing up an article, producing the graphs, photoshopping a funny graphic, and not even a bite from one of the resident trolls. It would be galling.

DLS probably spends 4-5 hours per day coming up with content. It’s a job in and of itself. Never ending.

Most people probably scroll to the comments section anyway most of the rants are TLDR like you say.

There are sliding doors moments and not getting back into the market 10 months ago was one of them. Why wouldn’t you start buying stocks again they were 20-30% ahead of the competition. Markets could puke again but at least they could say to their investors, ‘we might have lost 10 or 20% this year but you would have lost 25% more sticking your money in a retail super fund.

They just got greedy they legitimately thought the ASX would have a 3 handle so bet the house on it.

It’s like needing 2 runs to win of 12 balls with 1 wicket in hand and trying to hit out of the park for a monster 6.

I’m still astonished to this day when I look at their reports and see they basically haven’t made a cracker for 10 months.

For a long time I’ve just scrolled straight to the comments. It was always a good way to get info from various commentators there. But since DLS has started to rule with a heavy fist, censoring comments or threatening bans when people disagree or don’t go along with his view, it has turned to shit.

The most interesting thing that I’ve seen on MB in recent weeks was the apology to Kevin Rudd. DLS may have learnt a lesson that you can’t just call somebody a CCP agent without proof and without expecting consequences. Good for Rudd – obviously there was a libel suit threatened.

Looks like David is back to censoring all my comments again. Flogs.

Don’t worry, after they ban almost everyone from commenting they’ll work out that many find, or at least used to find, more value in the comments than any of the original content they produce.

It’s probably all labors fault though!

Unfortunately that is the level of comments being added over there these days.

I copped the banhammer sometime early last year and didn’t bother visiting for months, and when I went back recently the place just isn’t the same at all. It has been declining for years but that period away really made it obvious how bad it’s become.

not just banning… pretty nasty comments from the blokes themselves if there is a comment they disagree with.

talk about encouraging the school chamber

oops I meant the echo chamber

The make-believe world that they have built over the years is one that they now inhabit and believe it’s real.

So any disagreement is perceived not like an intellectual disagreement/debate, but like someone throwing bricks through their window. Their instinct is to blame and punish the “offender”.

The Traveling Wilbur
Reply to  Peachy