Mostly a bunch of disingenous words from an activist pretending to be a journalist.

Let’s start with the headline: “Women are furious about the Lehrmann trial outcome. Men should be too”
Which women? Which men? She never says. I’m sure some women are furious (and aren’t) and the same for men.

The piece begins with an attempt to appeal to everyone. What a shitshow this has been for these two kiddies. Awww.

“We urgently want a society where we have respect and hope. Respect for each other and hope that we can live in a country where violence of all kinds is erased.”

No we don’t. Such a society is a society that has been lobotimized. What we want is a society where opposing forces are kept in balance. That is how nature works. It’s called homeostasis.

“Speaking generally, obviously, we know that rates of sexual assault are increasing. Earlier this year we discovered 51 per cent of women in their 20s have reported being subjected to sexual violence.”

This one’s interesting. A referenced datum. Clicking on the link you find this

“Anrows used data from the Australian longitudinal study on women’s health (ALSWH) to establish new prevalence rates for women. The ALSWH is an ongoing project collecting sexual violence data, which started in 1996.

The study includes data from more than 57,000 women across several age cohorts.

Right. So feminism has been so successful that more women are experiencing sexual assault the deeper it has become embedded into their culture. Instead of women being sensible about where and when and who, and relying on fathers, brothers, and community members to sensibly defend them and deter bad actors, they pushed away and weakened the men in the community who might have stood up for them and they became more vulnerable. Strong and independent though right?

So then comes the solution:

For years, I’ve interviewed Michael Flood, now a professor at QUT, one of Australia’s leaders of research on masculinity and gender relations, about our longest war. He says what we all know in our hearts. We must encourage men to adopt a fundamental respect for women’s bodily rights and autonomy and to see consent as important, to understand entitlement doesn’t help anyone, not men as they seek to have long-lasting, loving relationships with women. Men, he says, have a problem.

We’ve been hearing this for a few years now. Femmos (and cucks) want to have their cake and eat it. Men should defend women for ideological reasons, not because those women matter to them personally or because they are family or community. The problem isn’t the men. The problem is that the ideology has a cockeyed view of humanity and nature but these people keep believing it and pushing it. It is a far too successful narrative because so many people cannot bear to think about life as a reproductive game. Instead they insist that rape is about power not sex. No, rape is absolutely about reproduction. The incentives are there, they are real, and no amount of “education” is going to change that. A percentage of men will take those odds no matter what “culture” you try and build around it. Go and watch cattle in a mustering yard, a rooster with his hens, etc.

The only solution that works is one where men are valued and respected. Such men have a reason to care for and defend their women rather than being terrified of losing everything in a separation, being accused of causing fear (now the legal definition of family violence), being denied access to their children, etc. Many hetero men are no longer interested in women (see MGTOW) for these reasons. They’d rather be alone.

im really not sure what “sexual violence” even means, that runs the gamut from everything from being pinched on the arm to getting raped in a dark alley way

young people get a bad reputation for this stuff but for the most part they are too busy partying and doing fun stuff to gaf. about feminism and culture wars

Last edited 1 month ago by stagmal
1

Weeks before the supposed rape, Hungry Higgo was joking around with her boyfriend about wanting to be involved in a sex scandal.

Weeks before going to the police, she was signing a deal on a book deal about her supposed rape.

Lied about the rape dress being kept under the bed untouched and unwashed. Weeks after the supposed rape, she was parading herself in the dress in Western Australia. Obviously no trauma associated with that dress. She’s a compulsive liar, and too stupid to make sure he story has no holes in it.

Wouldn’t hand her phone to the police for three months, police told her not to delete anything, then when she handed it over it had been ‘cleaned’ or messages and photos she didn’t want the police to see.

Of the 8000 photos taken from the phone, the bruise didn’t exist. No mention of the bruise until 2021. The bruise photo had been stripped of all metadata.

She should be thrown in prison and left to rot.

The best societal solution to the problem of modern western women, these broken slatterns, these Instagram social media whores and prostitutes is Islam.
Shia Islam.
Ameen

The muslims cover them up for a reason they can’t go around messing with guys heads if they’re just amorphous blobs with a slit cut out for their eyes.

Funny how she’s not taking Brucey himself to civil court. You know, the supposed rapist. Of course it’s a total money grab and Brucey has nothing now, but if she had a shred of integrity she would take him to court as well just to prove a point.

Too suicidal for a criminal case, but fat greedy bitch perked up for a civil case.

spitball….what are the chances that brucey goes after that drumgold turd?
I can’t see how cuntox drumgold has a leg to stand on.
evidently the police thought the case was unviable.

drumgold and his minions need sorting

Once she gets her money and she will get something (the PM is in her corner despite her inconsistencies and bald faced lies exposed in court), Brucey should go after her. Take her to the cleaners.

still can’t shake the vibe that both of these freaks are gaming ….together.. of all the possible lawsuits to be pursued they’ll never pursue each other.

The typist of the SMH article should really be intellectually honest from the start and declare whether or not she is a feminist. Because she leaves the same footprint as one. And people are under zero obligation to assume the validity of the feminist set of delusions that underpin the agitprop.
The typist fails to give a clear, concrete definition of what is meant in the article by ‘sexual violence’. The way it is used in the article is null in a semantic sense. The way that ‘sexual violence’ is used in the article has no conceptual bottom to it, it could be forever redefined to mean almost any form of discomfort. And we do know observably that feminism does intellectually rape people with bait and switching definitions, using the motte and bailey.
Also the typist erroneously labels ‘believe all women’ as a bandwagon. ‘Believe all women’ and ‘believe women’ are carcinogenic feminist ideas. These feminist ideas are also antithetical to the conjecture from the QUT male feminist cited in the article claiming women’s autonomy. I know for the typist of the SMH article and the cited feminist it might be a radical idea, but women are human beings, women are human beings capable of foul behaviour and poor judgement.

Somewhat unfortunately, this study did not use the immunohistochemistry technique for detecting vaccine-induced spike protein expression which was developed and demonstrated by Michael Moerz in his recent case report

Nevertheless, the new study makes it quite clear that myocarditis is a very serious concern with mRNA vaccines. This also agrees with a recent report from Switzerland, which found laboratory parameters of heart muscle damage increased in 2.8% of a large group of people who had received their third shot:

Coming
Reply to  A fly in your ointment

the wheels are falling off the long Covid grift

the hydroxychloroquine hysteria was especially bizarre

emusplatt
Reply to  A fly in your ointment

cracking article from the spectator

Legal system in Australia has lost all credibility imo

like the public health system and police did during Covid

we are headed towards collapse imo, as these are the pillars on which western civilisation was built

the age of reason is over

Here’s some more of the misandrist onslaught

to her credit, she admits that Higgins deliberately chose to forego her right to private trial when she chose to go to the media before the police , and so she only has her self to blame for public scrutiny of her allegations

The worst part is that this is all coming not from some crackpot freelancer , but from a law professor

Fly in your ointment
Guest

Remember this girl from the news few months ago…..
The methods from Balkan wars still seem to work, at least on western msm-consumers 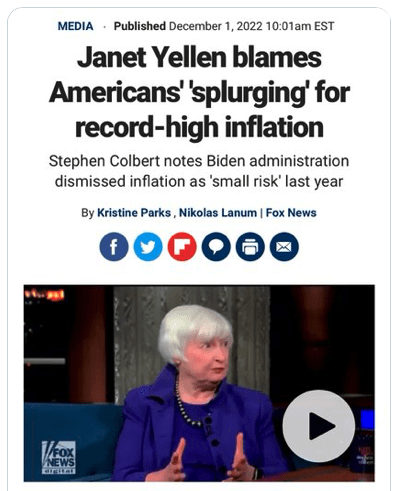 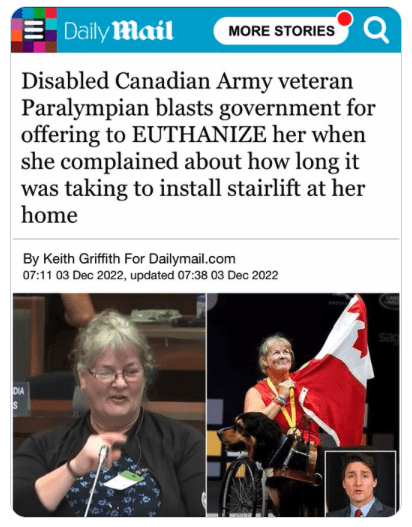 canada is becoming the scariest dystopia out there

It’s funny that the people who say they care so much are now practising eugenics.

Not sure if real but very well could be in light of things: 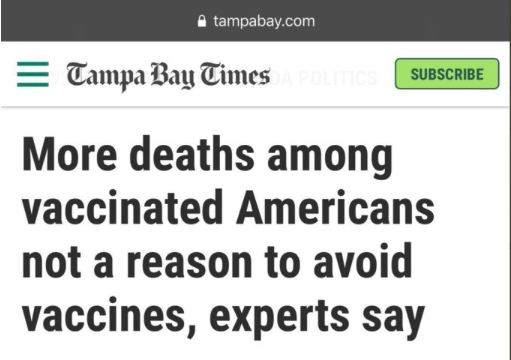 oh right…so it’s the reason to to have vaccination then? 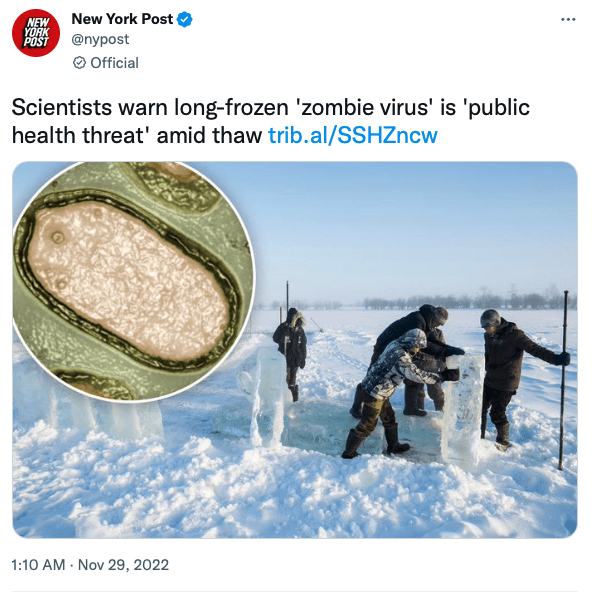 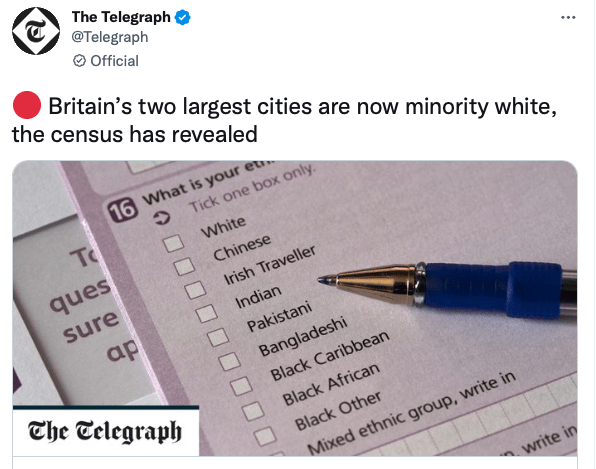 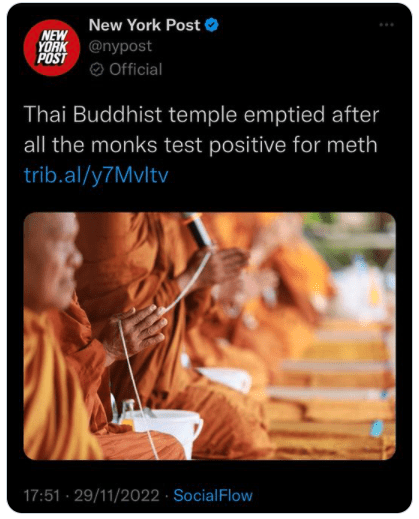 Fly in your ointment
Guest
Reply to  BING!

This one was apparently a real news last week.

Tnx for putting some taste to “blame all but not the prisoner class ezfka units” and “gossip-de-jour” posts. 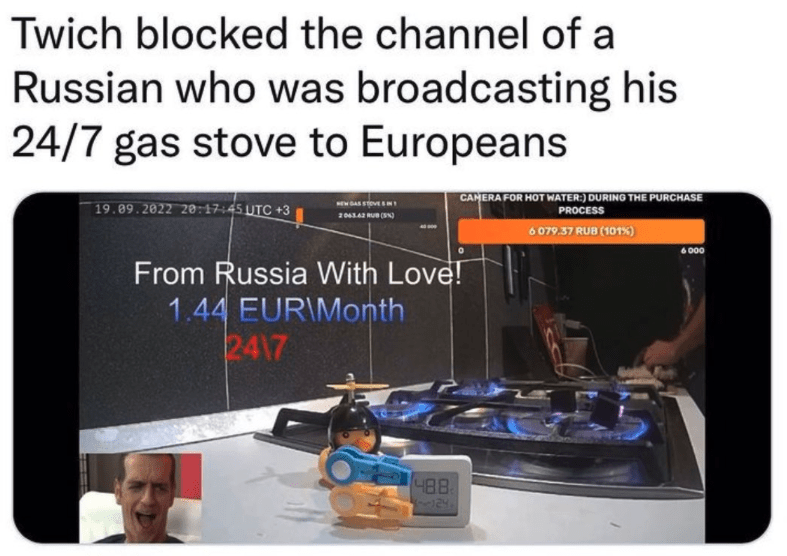 russians are just dabbing on europeans at this point 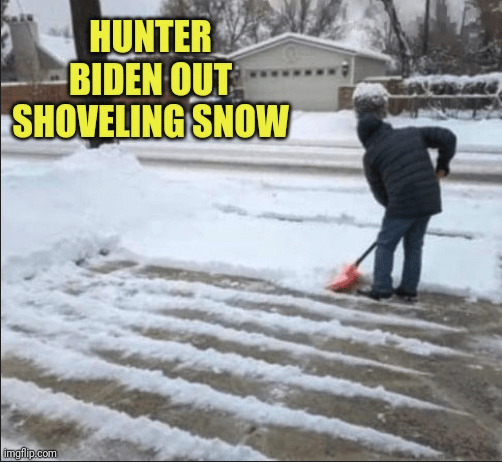 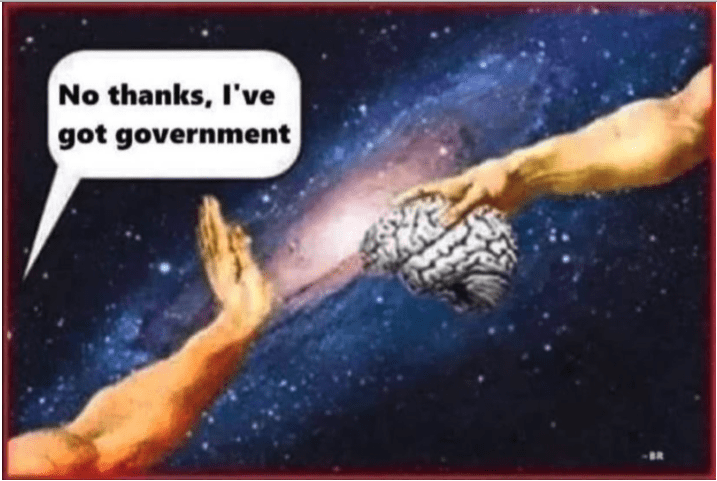 Fly in your ointment
Guest
Reply to  BING! 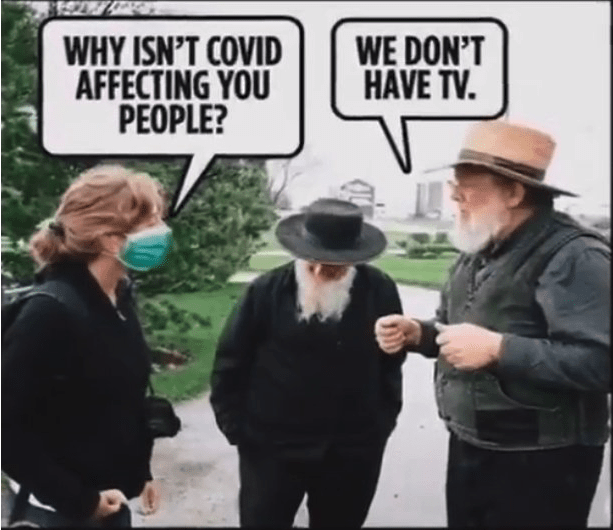 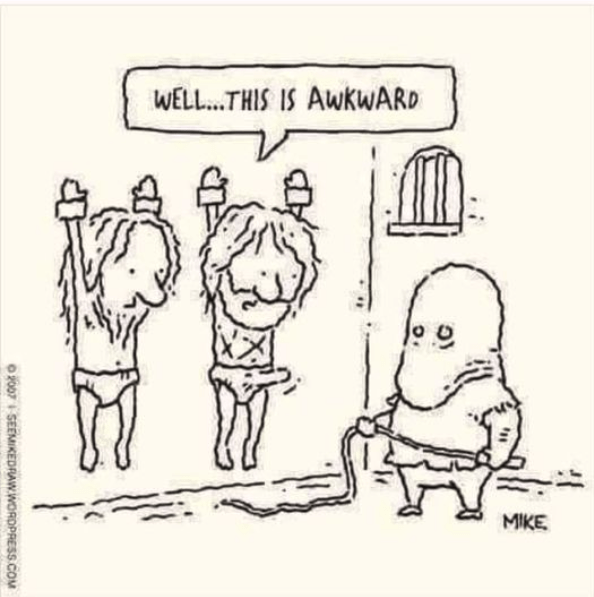 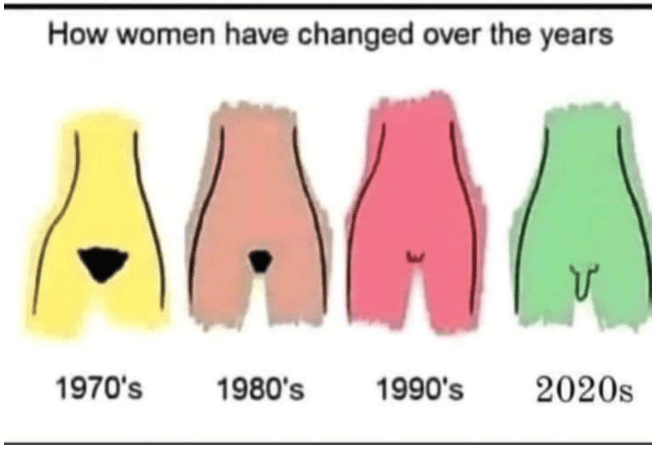 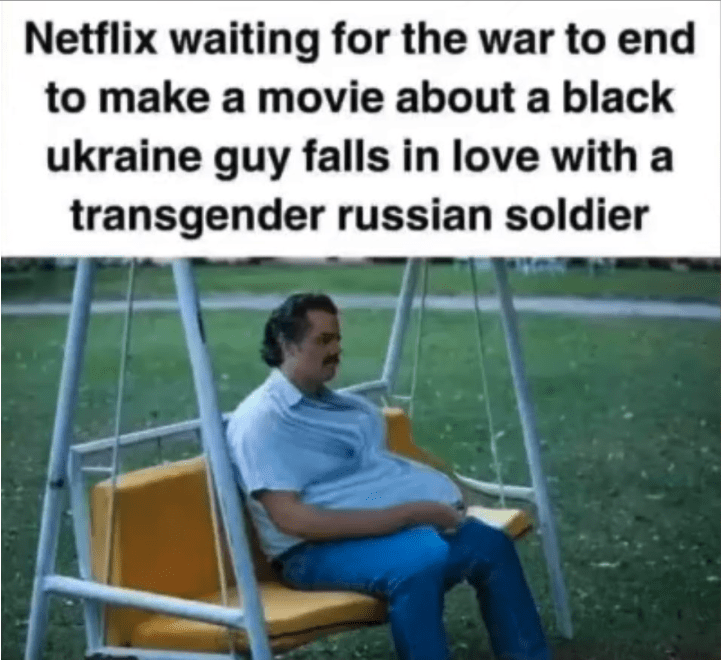 ha, strangely when logged in no option for upload Images

there you go, stupid, I’ve done it for you 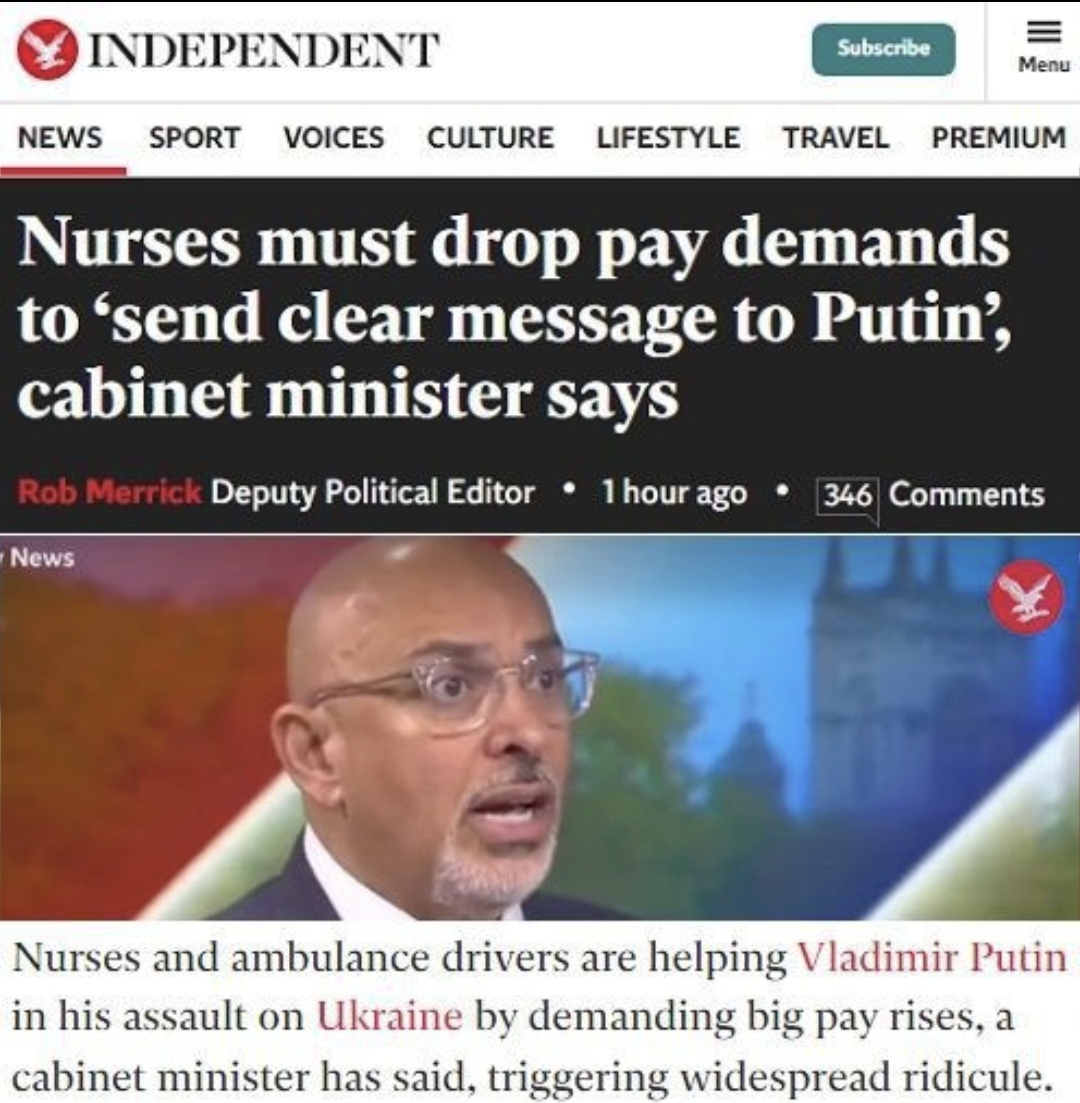 robert2013
Author
Reply to  A fly in your ointment

WTF are you talking to yourself?

plucking pluck, I never thought of this problem:

lswchp
Guest
Reply to  A fly in your ointment

I hope I’m never in need of a transfusion for the rest of my life.