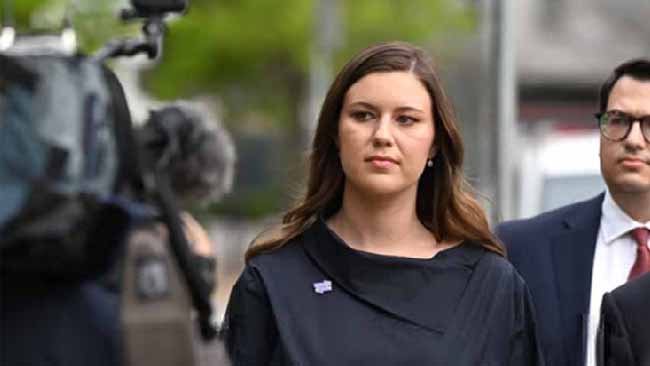 Brittany Higgins has testified on day 4 of the trial about the ‘hell’ she went through of negotiating a book deal with SMH columnist Peter Fitzsimons and undertaking an interview with the Project’s Lisa Wilkinson, before heading to the Police with a complaint of rape.

Higgins said she was subjected to a ‘series of frightening ordeals’ of planning the book deal with Fitzsimons, deleting text messages, an interview with Wilkinson and organising with Labor Minister for Women Katy Gallagher for the interview to be aired during the first week of parliament.

“It was horrible. I had to sit there and ask for money and work out how we were going to paper over these allegations and huge holes in my story. Setting up the ABN was the hardest part,” Higgins said.

“It’s completely normal behaviour to do all these things before alleging rape and not having any DNA evidence to present to the AFP.”

“Fitz was really helpful on that front and said he had the whole book already planned out. He knew my claims were mostly bullshit and this was more about trying to get Scomo out of office.”

“I mean I don’t blame Bruce (Lehrmann) for being a chubby chaser, but David (Sharaz) is a fucking dodgy cunt if you look into his history and associations. However, this is all about me remember. And that Grace chick, or whatever.”

Both Fitzsimons and Wilkinson have not responded to requests for comment, as Fitzsimons was reportedly seen boarding a Lat Am flight to Brazil to avoid a civil defamation suit and Wilkinson was ‘busy transferring her assets into someone else’s name.”

This slob is going to kill the MeToo movement worldwide in its tracks if justice prevails for Brucey.

He’s denied having intercourse with her. Proving that he did will be a bit of a challenge. Her story is more holes than story. I will be astonished if if he’s convicted of anything other than bad judgement.

Amber Heard has already done a fine job of that…

Gruppenführer Mark
Reply to  Luke B 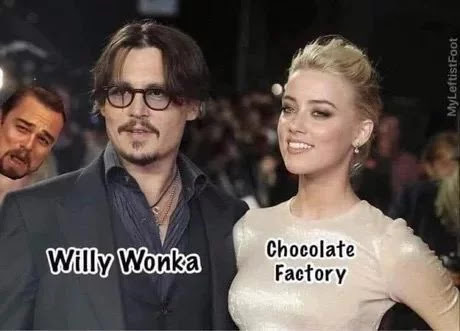 Has she got any actual evidence it happened? As far as I can see it’s she said, he said (he didn’t).

none besides her word

if there was evidence we’d of heard about it

Well then sexual assault is a crime that needs to be proved beyond reasonable doubt. Bit hard to do that if there is zero evidence.

This case has to fall over surely.

If anything legitimately happened it’s of course a tragedy but the ducks appear to be lining up differently.

What repulsive specimens Fitzsimmons and Wilkinson are.

Truly awful creatures, amongst the worst in a very strong field.

Where was Brit yesterday?

I bet she had a big weekend still recovering. Called a sickie. Aussie as!

Probably was out Friday night skolling drinks all night like she does.