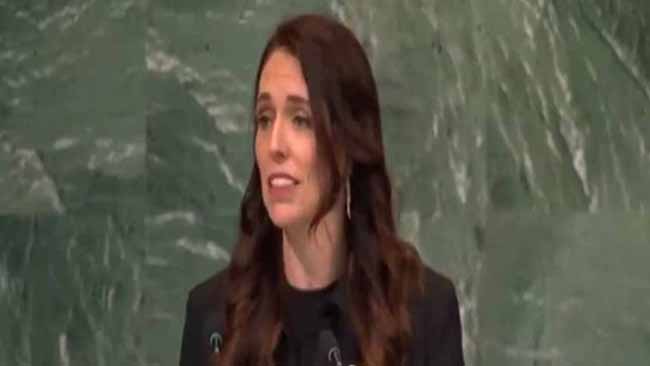 A new poll has found 100% support for the censorship of NZ Prime Minister Jacinda Ardern, after another ‘totalitarianism with a smile’ speech calling for internet censorship at the UN this week.

The poll, conducted by the Turn Her Into Pet Food Already Institute found unequivocal support for muzzling the bitch permanently.

“No-one cares what this useless cunt thinks about anything except some self-loathing, progressive white women in Melbourne and Wellington. Remember that fucking mural of her they painted in Melbourne? That’s the calibre of your average Jacinda supporter and no surprise they’re retards from Victoria,” Dr Ket A. Min said.

‘She’s a classic case of some ugly, useless cow that studied political science and wanted to feel important so she got in to party politics. And now she’s sucking off some creepy 80 year-old German on a casting couch in Davos to stay relevant.”

A further poll found that Ardern should be made to run in the 2022 Melbourne Cup as an outside favourite.

The horse has had its time, like any race horse that does not perform it is time to be put down …..

The clamoring calls for more censorship really forebode badly – we may well have already lived through the golden age of internet freedom. Young people today may never realise their internet “freedom” is really just them wandering in a sanitized sandpit.

PM of New Zealand really is the equivalent of a participant ribbon in the grade 4 long jump house athletics.

Tipping you’re the biggest cuck to ever get pegged by his missus, hey Mr Ardern?

Hello can supply supplemenst Testosterone direct to you Ossie gay man Do not be mincing fairy tart.
best price 4 U plus post

Is that you selamat?

It is!
How is the International Bink Goat trade?

If she loses in NZ she can always come to Victoria and be Dan’s deputy. Imagine how long that duo could keep us in lockdown.

As we all know, Dan likes being fellated by all around him, but even he would be afraid of those teeth.

being that all the pom royalties very much like elderly horsefaced post ovulating personnae, I can see her as the next Queen Consort Concubinae candidate.

I would still throw one up her

I would not be sticking my dick anywhere near those teeth.

Turns out her husband Clark Gay-Ford did, once.

Then he started knocking off the Nanny before Horsehead found out and shipped her out back to Brazil.

and in OT news, the culprit for the international industrial terror was found, about to be exposed in UN GA 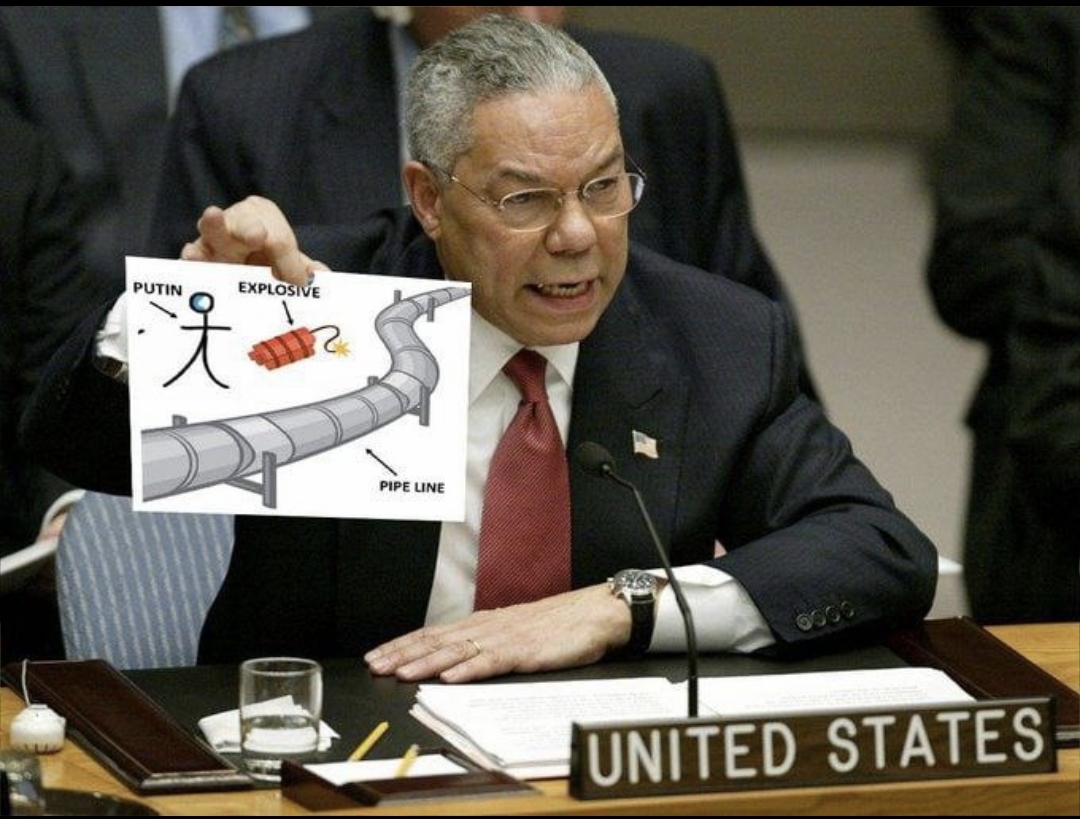 this image will be remembered by generations to come as epitome of the US empire and as the accelleration of the begining of its end.

Poor old Colin is just never going to live that down, is he 🙂

It will remain a fungible meme for a very long time.

Last edited 2 months ago by plaguerat
0

Stewie
Reply to  A fly in your ointment

We were discussing possible suspect nations for blowing up the pipeline yesterday and I finally settled on Israel as being the most likely candidate.

Firstly the US and Israel’s interests are highly aligned on the subject of the Ukraine. Most of the Ukrainian elite and virtually everyone in their ‘Government’ hold dual USD-Ukrainian or Israel-Ukrainian passports. Zelinski speaks openly of if necessary turning Ukraine into a Militarized nation state like Israel in its conflict with Russia. Then there are the business connections on top of that.

Israel can also act as a proxy for the US, which probably knew and helped plan and support the attacks, but allowed Israel to carry it out gave them wiggle room of plausible deniability. None of the Europeans have the cojones to have done it, and the stakes were too high for the US to have risked being caught carrying it out.

Israel has a history of false flag attacks – eg the attack on the USS Liberty, the assassinations of foreign rivals using passports and identities of other nations. They have a reasonable sized submarine fleet, and their own specialist navy frog divers. They generally hate European nations, and the opportunity to ensure Germany and France get screwed over energy wise, or drawn into a wider conflict, is entirely in their interest.

Europeans are to gutless, and the stakes were to high for the Americans. It was the Israeli’s with US support and approval who blew up that pipeline.

Hmm, its almost as if all wars are chew wars….

Definitely not snorting any Coke, no obvious signs