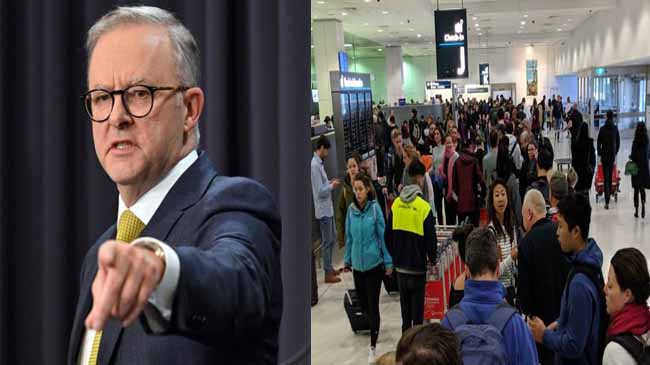 Albanese announced a target of 1 million permanent visas a year as the only way to restart Australia’s economy, backfill thousands of empty high rise apartments and affirm it’s commitment to the Great Replacement.

“We don’t do anything other than housing and quantative peopling in this country, but the previous government only did it on a temporary basis so I intend to solve that. Hilarious that people thought that we were any different on the mass migration front,” Albanese said.

“Temporary cheap labour can be fucked off during a recession or for generally being uselss or criminals – this favours legacy Australians far too much. We will ensure that we will hand out permanent residency like candy, making it harder to get rid of them and ensuring an expedited pathway to Medicare, Centrelink and ultimately a say in the economic zone they’ve been a part of for all of five minutes.”

Albanese is also looking at giving temporary and permanent residents the right to vote as part of any visa granted under a Labor government.

So if one wanted to write one article post on ezfka how would one write one and post one for the first time?

one would do what the rest of us do – point your web browser at ezfka.com/wp-admin and have at it!