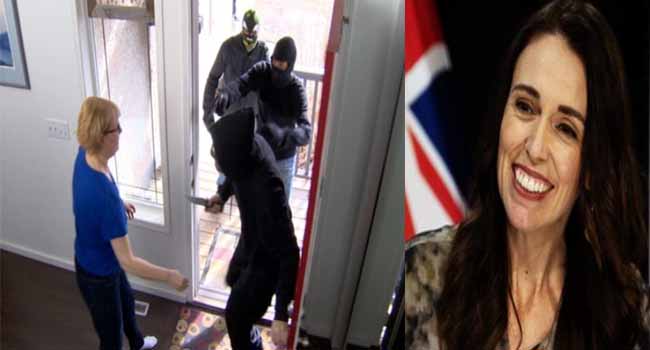 They were joined in solidarity with crime sprees by Kiwis in Melbourne and South Brisbane, after Jacinda Ardern managed to secure the deal and wash her hands of her citizens’ wrongdoings as she loses control of crime in NZ.

“Bro, it’s the best news ever. I’m already on three home invasions this week and with the soft as shit Australian justice system, I’ll be on a community corrections order in no time,” said Hamilton-born criminal Vai’a Samisoa.

‘I mean, assuming I’m just an Australia citizen and not doing anything to obtain the legal protection citizenship gives you from being deported isn’t my responsibility, just like my crimes. I should be able to live in another country as a non-citizen and run up the justice bill how I see fit. Migrants have as much of a right to commit crime as the locals do. It’s racist to suggest otherwise.’

Migration lawyers across the country have however protested the news, saying they’ll be unable to charge their clients thousands and tie up the resources of the federal courts and Department of Home Affairs with bullshit appeals.

This one was absolutely inexplicable

What political capital did he gain by keeping these islander criminals?
none. Nobody likes criminals

what did he get back from Jabcinda in exchange ?
Absolutely nothing as far as I can tell

He let her peg him.

Convinced that Albos ‘partner’ is a beard.

I’ve had the same thought. He has that look and manner about him.

Labor do it every time they come in. The boats will be next.

Don’t worry DLS will be defending Jacinda on this too

Sucked in. New risks of something with little testing, no long term data still took twice. Even took it again after a bad reaction the first time.

It’s quite remarkable that they have allowed the publication of this. 6 months ago it would’ve been unimaginable.

I found this but funny:

If the TGA identifies a safety concern it will take regulatory action to address the safety issue and promptly provide information to the public,” a spokeswoman said.

clearly TGA has been lessons in “world class monitoring” from APRA!

Hmmm…looks like Stagmal’s assessment of the Ukraine spouse is going according to plan.