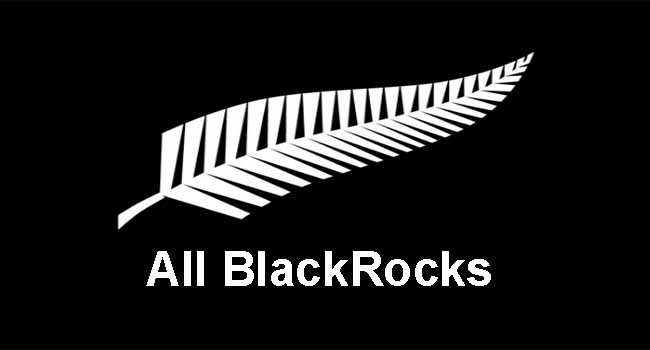 The All Blacks will now be known as the ‘All BlackRocks’ after CEO Larry Fink was displeased with New Zealand’s ESG score and demanded the name change in line with World Economic Forum policies.

“I can confirm that I have renamed the team to reflect the new owners of New Zealand,” Ardern said.

‘It’s a more inclusive, diverse environment and the name needs to reflect that. Just like my bullshit commie stunt rewriting history with Aotearoa.”

Ardern said she was working with both BlackRock and EZFKA PM Anthony Albanese to rescue both NZ’s and Australia’s housing markets.

LOL this is great.

Seriously, convinced that as per that last sentence that is exactly the plan.

Lmao this is the best one in a while

What’s the Scoop with this Aotearoa bullshit? Are they renaming NZ like Burma became Myanmar etc?

Bloomberg reported: “Blackstone built its rental-home business with an advantage few if any other buyers could match: billions of dollars in credit from large banks. Its Invitation Homes subsidiary quickly became the largest single-family home landlord in the U.S., with 50,000 properties. Altogether, hedge funds, private-equity firms and real estate investment trusts have raised about $20 billion to purchase as many as 200,000 homes to rent.”