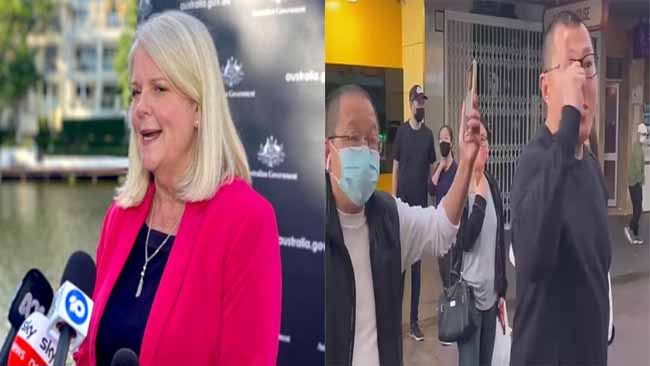 Home Affairs Minister Karen Andrews has announced she will crackdown on foreign interference, by making it easier for CCP loyalists to attack Australians.

After Drew Pavlou was attacked in Sydney by Chinese this past week, Andrews says she was disgusted and would make it easier for foreigners to do what they want.

“This is an absolute affront to multiculturalism and the audacity of Australians to criticise a foreign government in an Australian government created Chinese enclave in a major city shall not be tolerated,” Andrews said.

“I’m working with President Xi with solutions and we will be looking to roll out the Digital Identity as soon as possible to stamp this behaviour out.”

Anthony Albanese said he 100% supports the move and will introduce legislation to ban Australians from defending themselves from any kind of foreign attack if re-elected.

Winnie the Poo (Xi Jinping) must be super thin skinned, probably why he is so scared of whuflu.

the only Aussie that did any criticism is rotting in jail..
shill… “selective human rights activist”

Throwing around RMB was a nice touch!