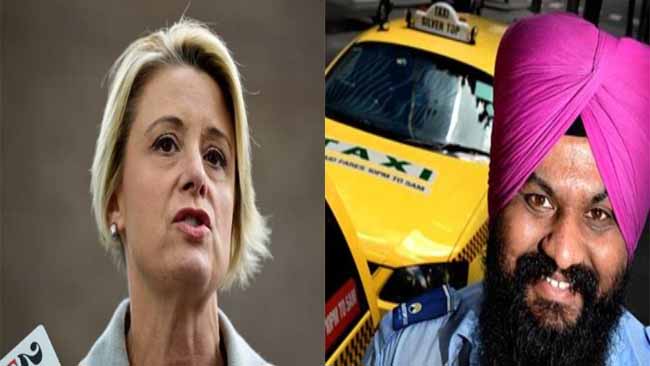 The ALP have announced a crackdown on the ‘abuse of foreign workers on visas’ by offering anyone who wants to migrate to Australia free citizenship on arrival.

“Instead of migrants coming here to take jobs and opportunities away from young Australians, increase house prices and destroy wages temporarily, let’s give them the opportunity to do that on a permanent basis forever,” Keneally said.

“By offering them citizenship we get to keep them here permanently and hide migrant worker abuse. So, if you are a useless Indian grandmother or from some far flung West African shithole and you to drive a taxi, come on in!”

Keneally remained defiant that this was just an escalation of the Great Replacement and as big a brainfart as the unlimited Indian grandmother visa announcement in 2019.

“We thought we’d skip the bullshit permanent residency pretence and give them a passport, a vote and ultimately a say in the direction of the country they’ve been in for five minutes and have contributed fuck all to anyway. We’ve learned well from the US Democrats and the 2019 election. Demographic replacement is the only way we’ll ever maintain government.”

ACTU Secretary Sally McManus and David Llewellyn-Smith have both affirmed that they will do whatever it takes to ensure this policy gets up if the ALP are elected.

This is not actually satire.

What I found interesting is that most of the comments across the spectrum of smh and newscorp/daily mail on this announcement is “fuck off.”

Although im sure the fairfax fag moderators were working overtime to censor everything.

Like Hunter Biden’s laptop, if nothing is said about it, then all is okay. They will keep censoring it. Dr Demography was in the ABC today saying Melbourne needs to get its pre pandemic population growth rate back.

How the fuck has she not had a heart attack? Morbidly obese AND triple jabbed.

In other exciting news AFL player Ollie Wines had to be taken out of last night’s game and stayed in hospital overnight with a heart condition. Bloody climate change strikes again.

I notice that there are a lot more countries that are starting to try to push this thing under the rug, most noticeably in Europe, unvaccinated can enter no more vaccine passports or any restrictions and even talk of boosters had dried up.

More to come. I’ve got three AFL players so far.

Can’t make this shit up.

When satire tells you more than the MSN. This is a pretty good skit about the WEF:
https://youtu.be/OwQ3fW0dgNo

Labor’s in trouble I reckon. 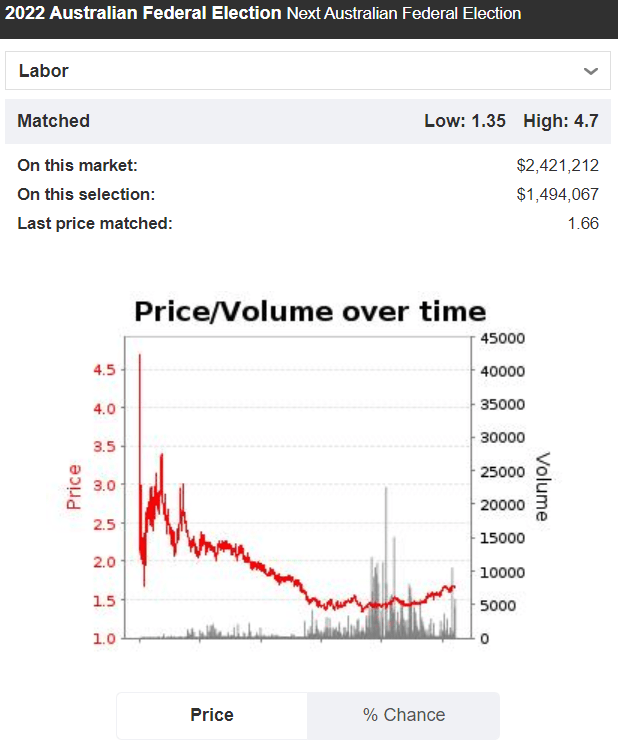 Omg, you can get historical odds data?!

Can you post a graph of the odds of Ollie Wines winning the Brownlow?

Unlike the election, with $2.5m traded between 3 selections. 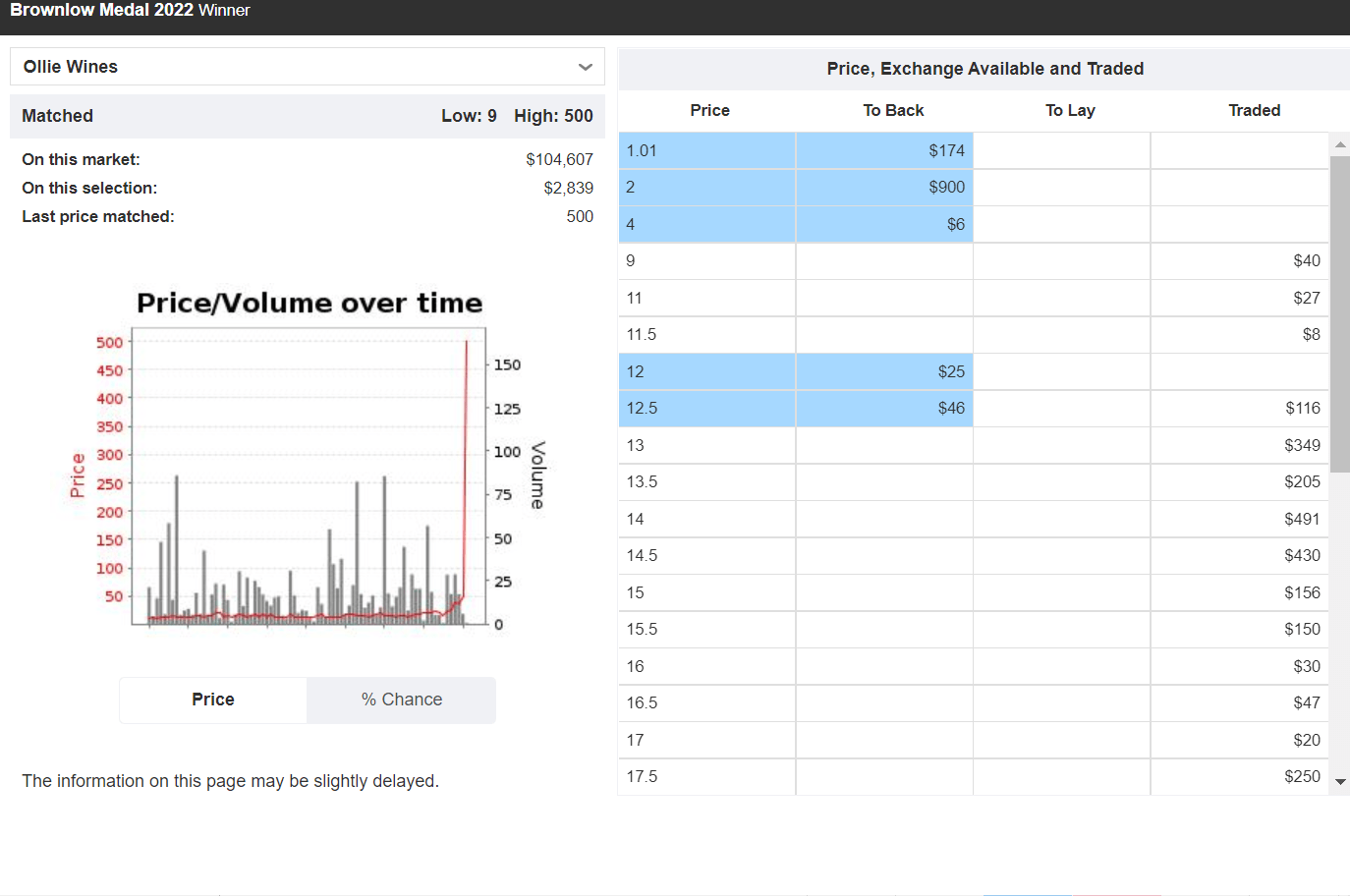 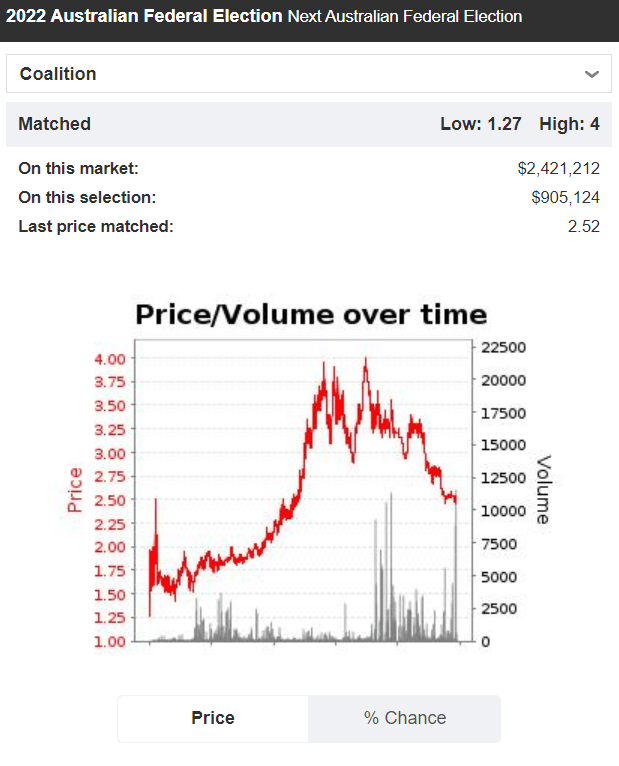 hadnt realised that they had been up around 4. Says a lot about Labor