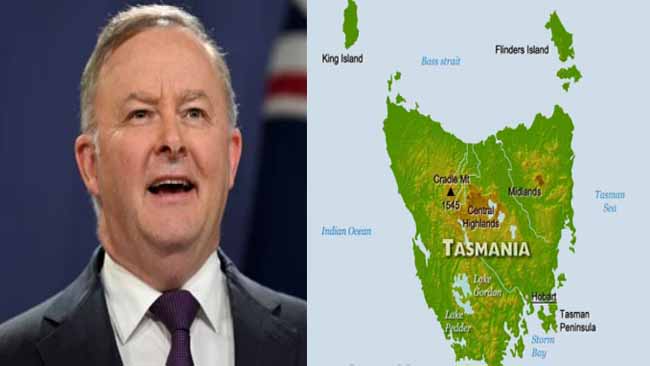 Opposition leader Anthony Albanese has slammed a recent deal between China and the Solomon Islands as grossly inappropriate to the Australian-China relationship.

The deal will extend China’s growing military foothold in the Pacific region. However, Albanese says if elected he will offer President Xi the state of Tasmania as a sweetener with plans for a permanent navy base in Hobart.

“We will finish what the LNP have been so good at doing the last 10 years. It’s important that we respond to China by rolling over and submitting. Appeasement has historically been the best strategy,” Albanese said.

“Tasmania is a great place for a launch pad for an attack on the Australian mainland, so it’s only natural it’s also on the table. It will also enable them to facilitate the take-over of Victoria at a later date and I thank Premier Andrews for allowing this to happen.”

Albanese says he will also extend the lease on the Port of Darwin and Port of Newcastle for another 100 years if elected.

He will legit do this.

Takeover of Victoria is already complete. Wasn’t that obvious with flying the Chinese flag at Box Hill police station?