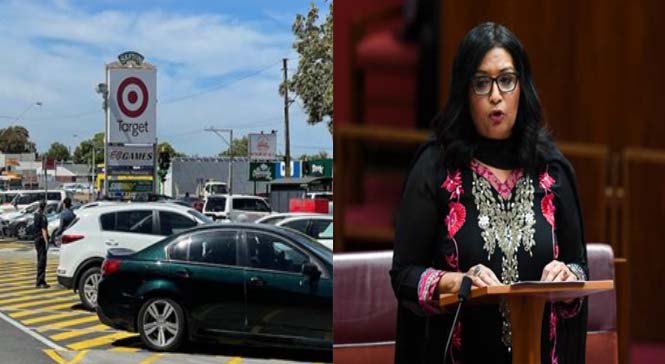 After an attempted honour killing in Adelaide last month which saw Afghani migrants attempt to kill their daughter, Faruqi was quick to heap praise on ritual murder.

“They have every right to kill their family members if they wrong them in some minor way and Australians need to understand and respect their culture,” Faruqi said.

“EZFKA never had this and many other cultural problems until we decided to mass import it for some unknown reason. However, it adds to the flavour of EZFKA and really puts the die in di-versity.”

Faruqi has also been chosen to MC the City of Dandenong’s first ever Festival of Bacha Bazi in Melbourne next month.

Speaking of which, Indian man kills his wife and child in Melbourne on Friday. Fighting domestic violence by importing demographics that treat women like third class citizens.

I wonder if the feminists ever consider ethnic background when they look at DV stats.

What demographic would not revert to it eventually if left to its own devices?

Therefore humanity is irredeemble and we must ascend to the metaverse and become cyborgs ASAP. In the meantime we must repress and reshape our core nature (according to you) with education, the legal system, and medicine. Does that about sum your philosophy up?

What’s your argument, what’s the point you’re trying to make?
I can see you have a decent swing at sarcasm but your argument got lost in the process…

That your idea of what “good” is seems to be detached from the reality of what people are (whatever you concieve that to be). This suggests that it’s not the people that are the problem, but the idea.

Putting the die in diversity 😂

She is as mad as hatter – up there with Lydia Thorpe. She had the nerve to say that she shouldn’t have had to give up her Pakistani nationality to become an MP.