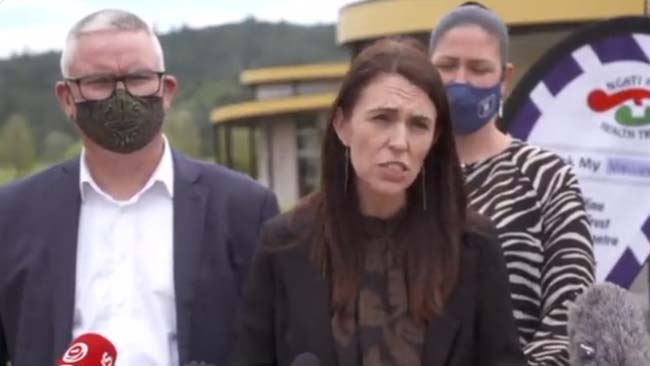 NZ Prime Minister Jacinda Ardern has been forced to self-isolate, after a journalist confronted her with an unapproved question at a press conference yesterday.

Ardern was asked why the vaccines weren’t working in Israel by a ‘non-accredited journalist’, leaving the PM visibly shaken and upset, forcing her to retreat to the safety of a closed building and immediately cancelling the press conference.

“The Prime Minister is currently in isolation with a severe case of hurt feelings after she was viciously attacked yesterday,” a spokesman for NZ Labor said.

“People need to understand that words are violence and that asking unauthorised questions are considered an act of terrorism. I would like to remind New Zealand that the government is the sole source of accredited truth.”

Ardern is receiving treatment with the equestrian grade of Ivermectin and will be forced to isolate from any kind of scrutiny for several days.

haha what did they say to her?

More fake news here. Ms Arden’s press conference was interrupted by right wing terrorists who threatened her life.
It’s no wonder she’s in protective custody, considering the Nazis threw apples and carrots at her armoured car as she was leaving.
My God, they even threw a deadly chaff bag full of oats at her vehicle!