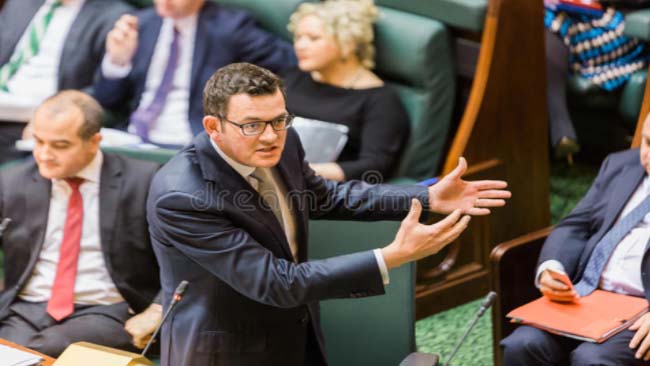 In the midst of protests and a public backlash from top lawyers, male members of the ALP filed the reports with Victoria Police, claiming they hadn’t noticed they were missing since 2013.

“We received a large number of reports of missing testicles, as the ALP members of the house finally checked their balls to find they didn’t have any,” a spokesman for Victoria Police said.

“All it will take is a few dissenting members to grow a set and dissent on the vote. Although that’s too much to ask from some of them clearly.”

Adem Somyurek abstained from commenting, but was prepared to tweet a big game and not deliver on the vote as usual.

If I were in CCP Victoria I would be leaving as soon as I could, no amount of money is worth staying there for that fcukwit.

I think the amount of people who will leave Melb in the near future will be huge.
Pretty sure most major financial crisis Oz has had starts in Melb. I hope Dan is still in when it happens.