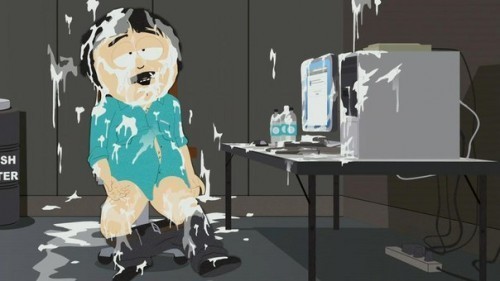 Medical groups have issued a public health warning regarding a recent spike in presentations to hospital emergency departments. “Progressives have overdosed on schadenfraude, and we think it started with Gladys Berejiklian’s ICAC hearing,” commented a spokesperson from the Economic Zone Formerly Known as Australia Medical Association (EZFKAMA).

We interviewed doctors on the front line, many of whom appeared to be on the verge of burnout. “It’s just been too much,” said a NSW Health doctor who preferred to remain anonymous. They noted that there had been a wave that followed the initial announcement of Gladys supporters presenting for depression and anxiety related reasons. However, with the ICAC hearings now in full swing this has resulted in a different kind of clinical problem. “Watching Gladys getting grilled by the anti-corruption commission has led to a euphoric madness that defies explanation. One guy jerked himself off so much that the waiting room resembled that infamous scene from South Park.”

Meanwhile at the G20 summit in Rome, Scott Morrison was accused of being a liar by French president Emmanuel Macron with this event now being linked to another surge in cases. “While people might enjoy seeing the liar called out, some are taking it too far – people are doing things to their genitals that you can’t even begin to imagine,” said one emergency department doctor. A viral clip of Morrison wandering around looking for handshakes and being snubbed by many including former Finance Minister and current OECD head Matthias Cormann is also predicted to make matters worse.

There are also fears the spread could go national. “We’re obviously also worried about COP26 as Morrison’s guaranteed to do something stupid. The nightmare scenario is that Greta Thunberg punches him in the balls – there’s really no way we could cope with that.” With a higher concentration of progressives per capita, Victoria is expected to be hit particularly hard. The prospect of a new localised strain of the disease is expected following news that state Liberal MP Tim Smith drove into a fence after a night of heavy drinking. The Victorian Department of Health issued a brief statement that they were well resourced to deal with an influx, and were prepared to go into lockdown once again if necessary.