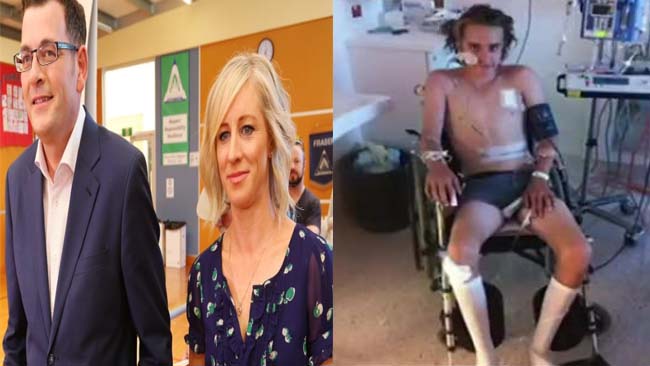 The tweets, reportedly called Smith ‘an irresponsible dickhead that should lose his licence’ and wanted a ‘full investigation by Victoria Police and IBAC into the incident.’ The tweets were soon deleted and her account locked to private.

Smith, who tended his resignation from cabinet and had a blood alcohol reading of .131, stated he was grateful for actually being breathalysed at the scene and that no pedestrians were injured or killed.

“I’m just glad that that no teenage children or cyclists were hurt and I’m co-operating fully with Victoria Police investigators,” Smith said.

The Premier’s office has not responded to requests for comment.

Bitch ran over a 15 year old kid and the investigation was a wash because wife of Dan.

If it was a commoner, the book would have been thrown at them for running over a kid.

Either there were orders from up high or some copper didn’t do his job properly. Let me guess: no one lost their job.