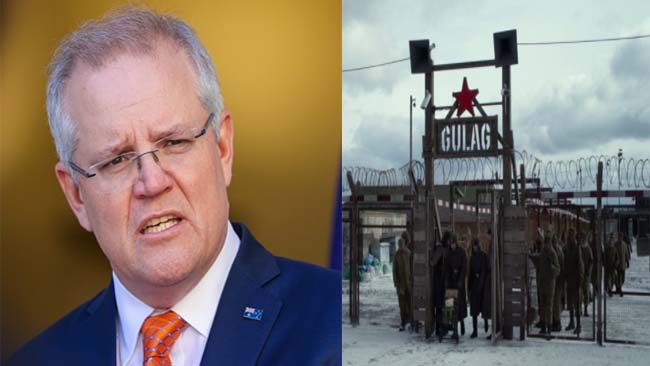 Morrison, who is currently in the process of amending the Biosecurity Act to detain large groups of people, said the book would be censored immediately to keep the public safe.

“We don’t want the public getting any ideas about what these camps are really about and heeding Mr Solzhenitsyn’s warnings,” Morrison said.

“Therefore, it’s in the public interests that these books are banned and any existing copies are promptly burned.”

Morrison said he’s already in talks with ASIO about labelling people who have refused the COVID vaccines as domestic terrorists, ahead of filling the camps.

Apparently, someone jokingly said to him, Snott, what’s the difference between socialism and fascism? Then he had that over reaction.

Lol. You know I’ve always suspected the purpose of socialism has always been to create / set the stage for fascism. Only way it makes sense.