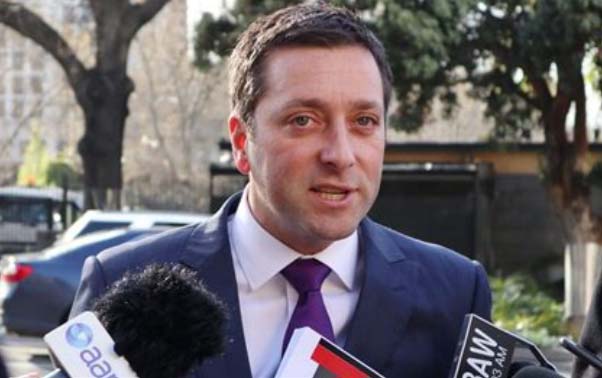 The Victorian Liberal Party has been nominated for the annual EZFKA “Controlled Opposition of the Year” for 2021.

The LNP have been nominated along with the federal Labor Party and Sky News Australia as the three finalists for 2021.

Opposition Leader Matthew Guy said he was elated with the nomination, as he moved to support banning any MP’s that wouldn’t turn over their medical records and set the dangerous precedent.

“It’s a huge honour for us but honestly it hasn’t been hard. We’re the most useless fucking party in all of Australia at the state level,” Guy said.

“Federal Labor has set the precedent with doing nothing in opposition. We just have to appear outraged at the destruction of everything in Melbourne and Victoria every so often, but then wave everything Andrews does through and we’ve done exactly that.”

The award will be announced in December.

Dan can’t get the votes for the SOE extension so he’s trying this to block several Mps out of voting.

Fuck me. Any normal time would see the Governor step in but we know why that isn’t happening.

What is Dan trying to do?

Trying to ban unvaccinated mps or mps that won’t turn over their medical records from voting on legislation.

Conveniently, it is illegal for anyone democratically minded to protest this change!

“History has stopped. Nothing exists except an endless present in which the Party is always right.”

On a potentially more positive note both 1984 and brave new world were backordered when I ordered them a while ago to re read them.

The “end of history” is an interesting theme. Haven’t thought about it much, to be honest as it’s not something that I really remembered form 1984, but it seems quite corrosive. A kind of temporal nihilism, almost.

As to BNW, I might have to re-read that myself, as I can only recall the broad outlines of the letter system & that’s about it 🙂

we are already experiencing the endless present. The people don’t bat an eyelid when the “medical advice” is contradictory to that of a year ago. When the narrative changes, as long as it changes slowly enough. That requires ignoring what was, and only listening to the now.

How is this not illegal? Unconstitutional? Matthew Guy IS controlled opposition.

Victoria has the most unelectable opposition. Full of private school tossers who would not get a real job elsewhere only politics or dad’s business.

Agree. Tim Smith being the worst of them.