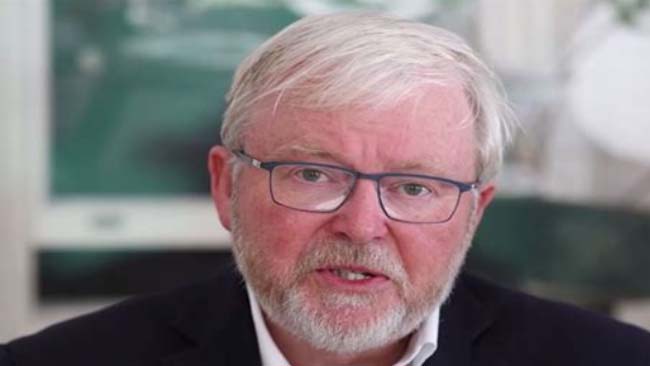 Former EZFKA Prime Minister Kevin Rudd has announced that Australia needs to net-zero emissions from the comfort of his beach front mansion in Noosa, Queensland.

The former PM was scathing of Scott Morrison’s alleged inaction on climate change.

“This government has been a disaster for action on climate change and voters will have their say at the next election, which will be the climate election,” Rudd said.

“Rising sea levels are the challenge of our time, just not anywhere around where I live obviously.”

Rudd is understood to be advising Tim Flannery on the “hottest beach front locations” to buy a property.

KRudd has a face I would never get tired of punching

KRudd is a bitter old man suffering relevance deprivation syndrome. He had the power and majority support to do something about climate change and failed miserably. He believes he is the greatest intellectual in the 21st Century Australia. The sooner he accepts that he is now an ordinary citizen with as much relevance as the common man, the better.

By far the worst possible PM we have had, he is the reason that the CCP has gained such a foothold in Oz, should be hung for treason!

We always means just the plebs, not the elites.

If they lied to us about covid, there’s no reason they couldn’t be lying about climate change as well

to be fair to krudd, it does look like its elevated a little bit