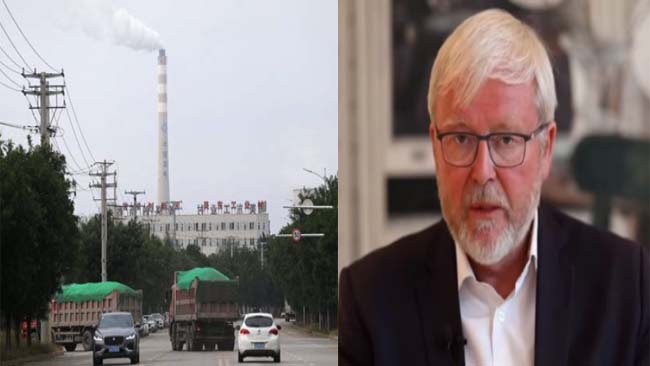 China has named a new coal-fired power station in honour of former EZFKA Prime Minister Kevin Rudd, outside the industrial city of Shenyang.

China is set to build a couple of hundred new coal-fired power stations in the coming years, and say that Rudd’s name was a fitting tribute to his tenure facilitating CCP infiltration of Australia.

“He’s been the best advertisement for economic suicide of a first world nation in a generation,” President Xi Jinping said.

“The steam emissions coming from this plant will be identical to the hot air that comes out of that guy’s mouth every five minutes.”

Rudd is reportedly thrilled with the honour and is flying out to China tonight for a 3-day speech.

How many days of KRudd’s three day speech will be about himself?