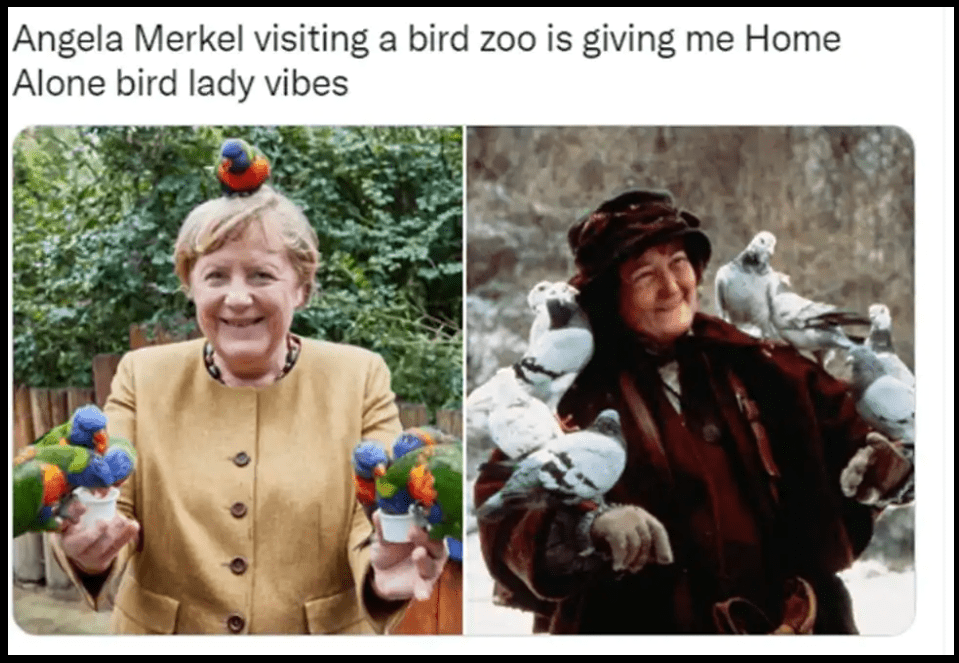 Something very amusing happened last week. So Scomo is in trouble for shafting the Europeans and going with AUUKUS. Can’t really blame him to be honest, as the French deal was probably a bit of a dud, but the French response was expected too.

But then something very unusual happened.

Ok – so what does this mean. While somewhat amusing, clearly you came here wondering why for the love of god does yours truly give a damn about Merkel getting pecked?

The Zee News Bureau is from India and the author is a moron. As in not willfully stupid, but ignorant to the point where they can only do harm. No unlike the local Australian media, but hey ho.

So this image is similar, but is from AP, so we know the important bits of information will be present. Because AP pays better and is far more prestigious than Zee News.

The point is that these are not parrots, but rather Australian Lorikeets. Basically Merkel is telling off Scomo for biting the hand that feeds him, and there will be a price to pay.

Not content with the bird feed on offer, one of the rainbow lorikeets took a peck at the long-time German leader’s hand, prompting a theatrical scream from Merkel.

Obviously whatever the French were being paid for is larger than just subs, and this was some kind of European project.

This also explains the French over reaction, what with recalling ambassadors and all. Macron is probably putting on his best show of being wronged, because otherwise his boss (Merkel) is going to make him pay for the losses.

Very interesting comms, if anyone knows what is going on I’d love to hear it…

Another decent question is why the town of Marlow, Germany – Wikipedia? Its a nowhere town with barely a stub in Wikipedia.

Again I don’t know the answer, but below is a pic of its arms. Do you see anything exciting?

You are absolutely insane

but I enjoy it

reminds me somewhat of Gravity’s Rainbow…😯

the only way scomo can be “made to pay” is by squashing EZFKA house prices. So I propose we weave further threads into the narrative:
1) Berlin rental property nationalisation
2) MPLOL 2021 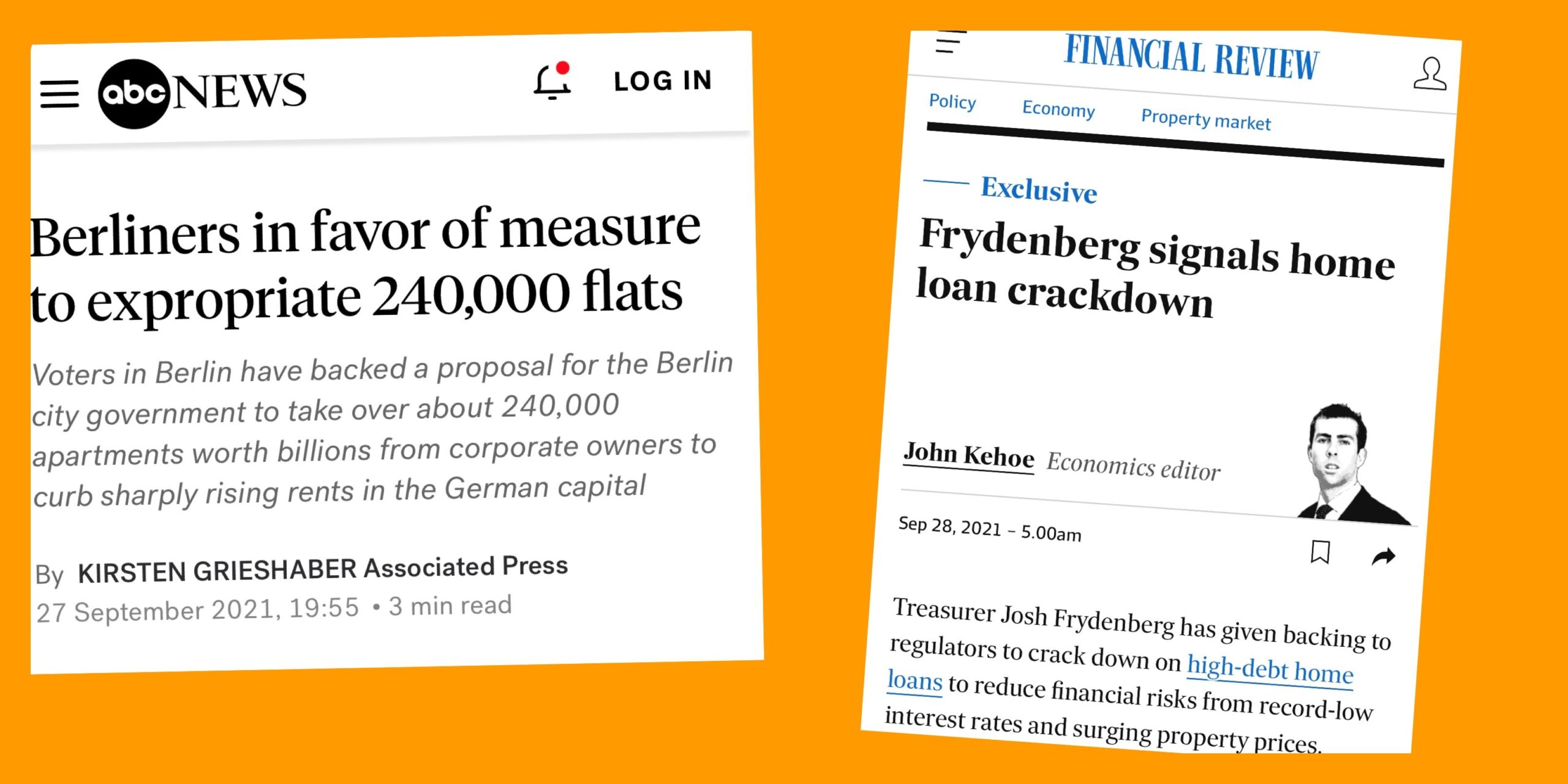 So I think Scomo will pay with the climate change stuff. Oz will get to fork out large amounts of taxpayer money to EU entities (who will steal said money) but that is what we get to give up so Mama Merkel is no longer upset at Scomo.

It is what it is…

Now explain to me why the bull is important? Are bulls common on courts of arms of medieval european towns?

Interesting observation… I sent this pic to a German friend who told me it is in reference to the current German elections and that she’s freaking out at the prospect that all the potential new coalitions could come to pass.

In Germany, the potential coalition parties are called the Jamaican (CDU, FDP, Greens) and the Traffic Light (SPD, FDP, Greens) according to the party’s colours. It is supposed to represent the chaos that is currently unfolding and the uncertainty about the future CDU coalition of which she leads.

Totally possible. A significant proportion of mass media today is used for comms to ongoing operations.

I’m just putting ideas out there of what I think they mean. Could be totally wrong, of course.

The thing is after a while you see patterns and then you can’t unsee them.

I think what is happening is say you are a crooked politician. So you have friends in the local mafia to rig elections. And in another dodgy union.

How do you talk to them? Electronic communications is almost always recorded, and encryption breakable, so how do you talk. Via symbolism in the media.

It leaves no evidence is the optional benefit too.

I wholeheartedly agree with you and subscribe to your line of thinking. I guess there are many interpretations. It reminds me of a quote whose author and exact wording I can’t exactly recall but goes along the lines of… “the world is ruled by symbols”.

I find there a heap of ‘symbols/’truths’ in hollywood movies used to convey truths to people, but most totally unaware. It can get quite detailed and complex and I am definitely no expert either. If you are interested in the topic, there’s an american chap by the name of Jay Dyer if you don’t already know him, who does some really interesting work unpacking this in various blockbuster/popular hollywood films. It is really thought-provoking….
JaysAnalysis.com JaysAnalysis.com – Film. Philosophy …