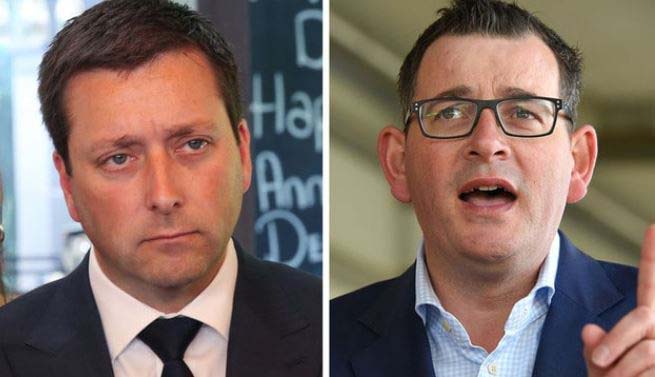 Victorian Premier Daniel Andrews and Opposition Leader Matthew Guy have responded to protests at CFMEU HQ in Melbourne today, with an agreement to replace them with foreign workers.

After violent protests against the CFMEU over their handling of mandatory vaccinations, the ALP-LNP uniparty have agreed to lobby Scott Morrison to replace them with foreign workers as soon as possible.

“I mean the industry is already rife with Chinese labourers and plasterers working for fuck all. So, it’s a no-brainer really. Videos of Victoria Police having the shit kicked out of them again at a CFMEU protest is a situation we want to avoid.”

The first waves of additional construction workers will be flown in without the need for quarantine starting this week.

Hope so. Most protected industry out there apart from the medical field.

Matthew Guy is the single biggest reason why Chairman Dan will get re-elected. Until the Victorian LNP gets rids of its unemployable private school jerks, it will remain unelectable.

Probably why he got the job to be honest.