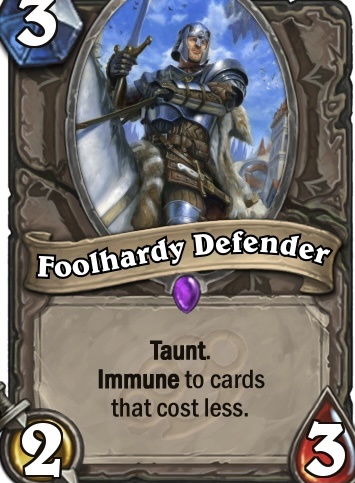 The boys at MB are doing EZFKA a big favour today by donning their shining armour and bravely running off to man the EZFKA walls. Funnily enough, while they think themselves hyper-rational actors,they have no conscious comprehension of what they are doing. That is, of course, the EZFKA way.

In a post partaking in the polemic, the boys declare”King Smut must abdicate throne”:

Of course, the PM abdicating in favour of a Lib successor is precisely the route to head if one wants the best chances of continuing with the status quo. Why? Because this would be a planned and orderly transition of power which will enable the EZFKA leaders to keep their eyes fixed on key EZFKA KPIs.

One has to be an ignoramus or an idiot not to understand what “forewarned is forearmed” means. And that’s what we’re dealing with here.

Indeed, this has been the exact experience many many times over (if not EVERY time) that the MB boys have called for political change in general, or someone’s head in particular. All they ever get is a change in the window dressing as the EZFKA (EZFKNZ, too) juggernaut continues in the planned course.

The EZFKA is a finely tuned machine, but it does need to be piloted and tended carefully.

The only plausible chance of changing course of the EZFKA is if something distracts the pilot for long enough to take his eyes off the map, or distracts the engineers long enough from stoking the fire that it hits stall speed. (This, by the way is why the COVID crisis ran over the EZFKA like water off a duck’s back – all hands were on deck and neither the pilot nor the engineers were napping or distracted; quite the opposite)

The current sexual intrigues could be a distraction of this kind. If allowed to fester and turn into a factional campaign of plotting and counter-plotting, it could be something that consumed the attention of the current crew long enough for a course deviation to occur.

if MB gets its wish – all you’ll get is a planned transition from the current pilot to a new pilot (who will wear a pink hat!) and, having had experienced this catharsis and climactic release, the EZFKA will continue on its current course.

you won’t have Mavis standing at the ballot box thinking “I’d rather vote for the bloke that will take away my franking credit refunds than vote for this mob of rapist protecting wankers.”

Have fun standing the high ground MB! EZFKA thanks you and your sacrifice!

The white knighting in the comments section from the usual crowd has been part cringe, part hilarious.

Always reminds me of this. http://stonetoss.com/comic/with-friends-like-these/

“The EZFKA is a finely tuned machine, but it does need to be piloted and tended carefully.”

Yup, the EZFKA economy is a Leviathan that has long been moved to set and forget, and following decades of privatisation and neoliberalism actual Govt policy that can have a meaningful impact on the economy has been reduced to occasional sprays of Govt largess that do little more than ‘charge the carbie’ of a 50’s Power Wagon motor every time it gets close to stalling.

Most of our elected leaders are little more than a series of Captain Pugwashs prancing around the deck of SS EZFKA, carrying out their little pantomimes so the media can maintain the illusion that they are both necessary and that our democracy is working fine.

they’ve gone full woke tard and man it’s boring. i can see this kind of analysis from virtually any mainstream media outlet. mb isn’t offering anything different from the project or the abc etc etc these days but they sure are charging $200 for the pleasure of it.

MB has always been centre left.

They tried going full SkyNews attacking “Dictator” Daniel Andrews, which saw a bunch of progressive members pop up and wonder if there was any point. I think they’re trying to have a bet each way.

Wouldn’t a change of PM via a spill or otherwise do even more damage the ongoing issue of class warfare/rampant globalisation being shoved under the carpet across Australia and replaced with woke identity politics?

i.e. the pantomime Stewie refers to in his post above would just receive another new act to distract everyone for 3-4 months extra with a #libspill.

So instead of ScoMo actually completing a full 3 year term (a rarity these days it seems) and actually forcing him to accept some responsibility and take some action on things the slate is wiped clean for someone else to come in, blame labor, blame everything else, and resume course.

MB need to be careful for what they wish for.

Last edited 1 year ago by The90kwbeast
0

PM via a spill or otherwise do even more damage the ongoing issue of class warfare/rampant globalisation being shoved under the carpet across Australia and replaced with woke identity politics?

i.e. the pantomime Stewie refers to in his post above would just receive another new act to distract everyone for 3-4 months extra with a #libspill.

Of course! That’s the very premise of today’s post.

PM being replaced creates a neat “new slate” and any existing problems or issues that might fall out of existing policies become nobody’s fault.

with the history and baggage hold thus purged, the new pilot gets to concentrate undistracted on core EZFKA actions.

Oh I agree with you, my “Wouldnt'” is really more directed at our mate Davo 🙂

So instead of ScoMo actually completing a full 3 year term (a rarity these days it seems) and actually forcing him to accept some responsibility and take some action on things the slate is wiped clean for someone else to come in,

This is essentially a description of the reason WHY there is so much churn.
When living standards are rising you get political stability and a hawke or howard in office for multiple terms.
When it all goes to shit everyone wants change so they keep shuffling the deck chairs.

Up upside is, it would increase the cost of all those soft bribes and handouts big business would promise the incumbent government, as they have to keep re-bribing every 2 years instead of every 3 or 6!

You forgot the “” marks around “democracy”. That’s how we roll in the EZFKA.

Also, re-bribing every 2 years is fine as it will be matched by correspondingly larger pay-offs to the bribe providers.

That’s also how we roll in the EZFKA.