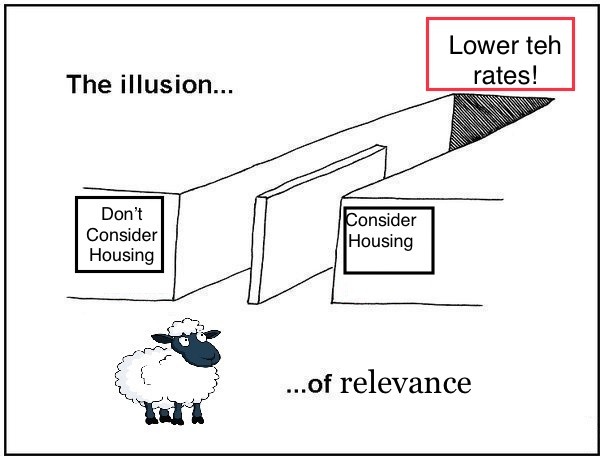 Jacinda Adrern seems set to make yet another thing “Not Her Responsibility” so she can blame someone else when it turns pear shaped.

The Reserve Bank’s remit will be amended so that the bank considers “the impact on housing when making monetary and financial policy decisions,” Finance Minister Grant Robertson said in a statement Thursday

Governor Adrian Orr pushed back against Robertson’s proposal when it was first made last year, saying that forcing the bank to consider house prices when setting rates could lead to below-target employment and inflation.

Given the contradictory requirements and the vague at best wording of “impact on housing” which I presume is already considered by all central banks given it’s feed into inflation and employment via construction and price inflation, one can only assume business as usual to continue with the added smokescreen of the government being able to point at the reserve bank when questioned why the affordable housing they promised continues to fail to appear.

Just going to add a few comments of interest from the forum here:

If governments are purely looking at debt serviceability to determine housing affordability then how does this change anything at all? Why wouldn’t CBs just keep cutting mortgage rates to zero or even negative and continue claiming housing is affordable?

I would like to see 25-30 year mortgage bonds. As a mortgage-holder you have agreed to a certain percentage of your disposable income to service a loan over that period. It pisses most people off that when RBA plays god and cuts rates, existing mortgage-holders receive a double gift of increased asset prices, and reduced mortgage repayments. Then of course on the up cycle poor bastards cop the double whammy if their wages haven’t kept up.

how about an income to price ratio target. house prices should never exceed 3 in a given area, government uses every supply/demand modifying measure at their disposal to ensure it.

it’d be like inflation targeting or whatever useless crap central banks are obsessed with these days except for house prices.

everything other than this is fake

I will again make the recommendation to listen to the Jolly Swagman interview with Andrew Charlton. Andrew was Krudd’s senior economic adviser, and very bluntly states that governments only look at debt serviceability in regards to housing affordability.

Absolutely zero consideration to the consequences of perpetually falling interest rates. On this, I will point out that a few years Glenn Stevens warned we would have a pension crisis if interest rates keep falling, and Phil Lowe has for many years been calling for fiscal instead of monetary stimulus.

I will put it too you that in EZFKA, the RBA are not independent, they are just a puppet. It is actually the government that decides whether to implement fiscal policy or force the RBA into a position of perpetual interest rate cuts.

I will put it too you that in EZFKA, the RBA are not independent, they are just a puppet.

Not to mention that the employment of senior positions is a government responsibility. No-one who is hired and can be fired is independent from their boss…

all of this is code for “lower interest rates” or some other easing of access to credit. that course of action is inextricably connected to the expression “housing affordability” — whenever you hear those two words uttered next to each other in a sentence, just assume the motive of the person who said them is “more credit for more people” . that’s what it’s all about.

the only policy that will actually deliver housing affordability is something that directly targets the PRICE, not the payment, not the loans, the PRICE OF LAND ITSELF. like a income-land price ratio target, which would require opening up supply en masse whilst reducing demand pressure.

whenever i hear the term “housing affordability” i remove the safety lock on my browning. that shit is a trojan horse for rentiers, gougers and banksters.

Either that or lower prices, but what are the chances of that!

We have entered the decade of Plausible Deniability.

The only approach that I can think of that could potentially begin to unwind the land price situation would be a two-tier interest rate system, coarsely along the following lines:

– All EZFKNZs with an existing loan get grandfathered at their current 3% or whatever.

– Banks precluded from calling in the old cheap loans & borrowers must amortise them over the next 20-30 years.

Seal the system against arbitrage by banning foreign purchases & making it impossible to give a security interest over NZ RE to foreign lenders (ie not enforceable in NZ courts).

Not suggesting this has the faintest chance of happening, but it’s an interesting thing to think through.

The only problem I see so far, is it locks people into their current house if they are on the 3%. No way out until you pay it off, unless someones going to eat the capital loss for you.

Oh and the obvious, it will just put us back to 5 years ago and we will roll back down the cheap money sugar hit hill…

Yah. That’s why I say that old loans can’t be called in. They become “portable”, & people are allowed to do a short sale & continue to carry the old debt.

Your second point is very valid. All this is premised on NZ actually becoming a country and not the EZFKNZ….

The lower interest mortgage bond would be a form of equity.

You know I was just about to follow up my idea of 25-30 year mortgage bonds with minimum mortgage rates funded by the pension system.

The banks would not want a bar of it because they like the idea of RBA cutting teh rates to mask their reckless lending. It would also be the death of all Mortgage Brokers who only exist to provide the banks with unaccountable fraudulent applications.

I just had a memory flashback to the 1990s. There was such a scheme with mortgage bonds offered at around 10% when variable rates were much higher. Of course the sheep signed up in droves to the cheaper repayments.

It ended a few years later in a very predictable EZFKA way when variable rates dropped below the fixed rate mortgage bonds. The mass outrage ended up with tax payer funded restructuring of their mortgage.

They probably paid off their 25 year mortgage in 10 years but of course they will tell their children how tough they had it back in the day.

…one can only assume business as usual to continue with the added smokescreen of the government being able to point at the reserve bank when questioned why the affordable housing they promised continues to fail to appear.

Yup – plausible deniability, all the way down.