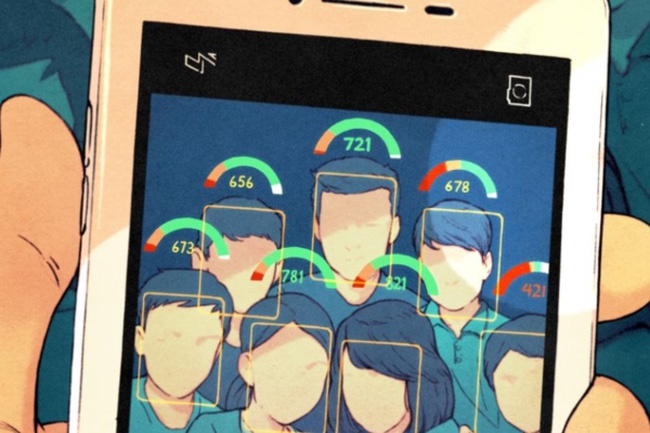 Well, the supposed EZFKA-saving vaccines have arrived much to the delight of the AFR top 20 richest list.

Apart from the usual photo-ops of saline in the shoulder from Scomo and co, questions over the vaccines still remain. Despite the booing at the Australian Open, dissenting views on vaccines have been unequivocally silenced, deplatformed or ridiculed by the unholy union that is the corporate press and Big Tech, in spite of the charade over Facebook and the Australian government this past week.

EZFKA units who are in the middle generally are those who view vaccination favourably, but are against the idea of mandatory vaccination. My body my choice seems to only apply selectively, which is ironic from Tanya Plibersek and her staged confrontation of Craig Kelly – Condescending Tanya being one of the most strident supporters of late-term abortions.

There’s nothing wrong with vaccines when they’re done properly. These ones haven’t been, and the no liability clauses and lack of long-term data or reports sets off the spidey senses in most people. Couple that with the treatment of Craig Kelly being told to shut up by morning show teleprompter readers, Pete Evans being essentially deplatformed because he has a platform large enough to ask strong questions of the vaccine (not because of the weirdo stuff he also pushes) as well as EZFKA units being low key threatened into taking it, and you can see the scepticism.

As it stands, most people don’t know enough about the long-term side effects to make an informed decision. Let alone for a virus which 99% of people recover from, which most have moderate to no symptoms and one which generally only affects older people.

One also has to acknowledge that vaccines are being pushed especially hard in EZFKA – the rent-seeking business community needs the gates open, more so than any other OECD country. Just ask the Economist.

But the biological and economic discussion is an aside – the social ramifications are what are being glossed over. In my view, the average EZFKA unit (and certainly not MB and the commentariat) doesn’t really see the bigger picture.

There’s already talk of changing legislation to allow businesses to denying customers access based on vaccination status. If this were to be normalised it would set a clown world precedent for the government to do what it likes and you may as well tear up the anti-discrimination act. Small businesses would unlikely be able to wear the cost of any such enforcement system, again favouring the big corporates.

Israel is now proposing the green pass idea, which would see people who aren’t vaccinated refused entry from shops, bars, stadiums, etc and put on a list. One wonders why the second world war was even fought in the first place.

There is now open talk of COVID passports becoming a reality and international travel will be impossible without it. Plans are already underway for a NZ-Australia trial – say goodbye to your medical records privacy forever. Don’t like it? Just build your own private airline.

Lockdown are being used as a socioeconomic weapon to demoralise the middle class into compliance, and facilitate the largest transfer of wealth up the chain in history. With small businesses wearing the brunt of losses, a casting eye on private equity firms such as Blackrock would prove interesting in terms of their movements purchasing distressed real estate on the cheap, a la 2008.

What has been most interesting of all, is a fascinating insight into the demoralisation of EZFKA. If you haven’t seen Yuri Bezmenov’s infamous interview from 1984 then it’s a must watch – it’s arguably playing out in real time before your eyes.

EZFKA has had essentially 40 years of this, on top of the convict mentality that it was founded on. When you combine those two with a healthy dose of endless fear and gaslighting from the corporate MSM over COVID, it’s little wonder you have people begging for an end to this whole game of charades and vaccines being seen as the only hope. People snitching on each other for not wearing masks, censorship of dissenting views and the chastising of anyone who refuses the vaccine as an anti-science heretic, has become commonplace. “Trust the science” has become trust the science that suits my politics.

We’ve gone from survival of the fittest to the tyranny of the weakest. These people have stopped living and have decided that you should also stop living, because they’re scared.

What a lot of these people don’t understand in my view, is the long-term game being played. This isn’t stopping with COVID passports and vaccines – it only gets much worse from here with social credit scores baked in. One could argue that we’ve always had covert social credit scores through the backdoor of the financial system since the 1980’s and they would be 100% correct. On top of that, we now have the absolute worst of the overt social part of it, such as going to jail for posting memes and the like, in it’s beginnings.

This is what it could lead to.

For a country that is in uproar about hitching it’s wagon to communist China and all of it’s authoritarian nonsense, we are sure doing our best to emulate them.

Someone better tell the boys at Macrobusiness.

“We’ve gone from survival of the fittest to the tyranny of the weakest. These people have stopped living and have decided that you should also stop living, because they’re scared.”

like i’ve long said, lockdowns and covidism are a a form of warfare on

-young people (destroys their future job prospects, will keep them debt slaves for decades to pay for these measures)

-all workers who cant work from home (85% of the workforce??)

when the dust finally settles on all this hysteria, at least a generation from now, we’re hopefully going to be asking some very serious questions on the necessity of these lockdowns and investigating them from a proper cost/benefit analysis framework.

but that’s likely wishful thinking — the future is going to be characterised by more reactionary kneejerk responses to ‘crises’. lockdowns will just be the beginning. this has all been a social media driven phenomenon — the consequence of everybody being plugged into social media and the 24/7 news cycle via their smartphone, which is on their person on all occasions.

“when the dust finally settles on all this hysteria, at least a generation from now, we’re hopefully going to be asking some very serious questions on the necessity of these lockdowns and investigating them from a proper cost/benefit analysis framework.”

I wish. Some historians will. And they will get to the right conclusions. But by then the narrative of the success of these lockdowns will be backed in. History is written by the victors.

Wait and see. There will be a bunch of self-serving, self-aggrandizing memoirs coming out in the next few years talking about the crisis meetings, the tough decisions, all that, much like the same memoirs that came out after the GFC.

There’s already talk of changing legislation to allow businesses to denying customers access based on vaccination status. If this were to be normalised it would set a clown world precedent

This +many. Once the system is in place and you are required to take and show proof of identity everywhere what else will be used to control access and behaviour? It is the thin end of the wedge.

Never let a crisis go to waste as they say.

If you get on youtube and watch videos people make of themselves just walking around with a Gopro, you’ll see in parts of Brazil 1 in 50 people wearing masks, Mexico operating as normal albeit masks, places like Florida functioning normally people just wear masks while indoors.

The world’s gone back to normal in many places, Australia still talking about needing everyone fully vaccinated despite virtually no cases in the country and borders sealed tight. Once everyone is fully vaccinated there will be no opening of borders except to Australians who have waited 2 years to get home and migrants/pretend students that are beneficial to the greater economy (destructive to the individual Australian worker though).

Everyone I talk to is in favour of restrictions, lockdowns, etc. People seem to think it’s a zombie apocalypse in the US and Brazil.

I was worried that you had forgotten how then EZFKA works, until I saw the bit in bold.

you’re right – the borders will be open to everyone, soon, if at all possible.

There was some acknowledgement this week that the AZ vaccine is unlikely to achieve herd immunity (and doesn’t work with some strains), and that we could have to wait for everyone to be revaccinated next year before borders are fully opened.

Brisbane suddenly looks a shoe in for the Olympics in 2032.

This would be based on a guarantee of Australia remaining COVID free I imagine.

I think the intention is to make us a COVID free bubble forever.

The government seems to think vaccinations around the world will create herd immunity and allow us to open the borders again in another 12 months.

I think the virus will circulate forever.

They’ve reached a point of no return no in suppressing and eliminating the virus. It’s politically popular.

If you don’t wear a mask or question the lockdowns you’re basically a granny killer in many peoples eyes, so opening borders while COVID still lingers in the world will be the equivalent of committing genocide in our risk averse, doped to the gills on anti-depressant and anti-anxiety medicated society.

The Macros boys are even heaping praise on the government for their restrictions and people for their improved hygiene for allowing just 42 flu deaths last year. All those flu deaths in 2019 were just tragic weren’t they?

Nah… no one wants to host the olympics anymore as it almost guarantees a post-party recession, not to mention the expense of putting it on in the first place.

hence these second tier cities are bidding. I think the competition was Budapest and Abu Dhabi.

You’re right. Second tier for sure.

As soon as the 40k Australians are home, they’ll start bringing in and quarantining 4k migrants a week I reckon. That’s 200k a year.

Yes, Totesy, that is most likely how things will play out.

EZFKA gov response so far has been aimed at pacifying the proles, lest it be that a panic breaks out and in that commotion the right sort happen to lose control. As the proles have been pacified/unpanicked, normal patterns of behaviour will be resumed.

Indeed, this is what it has all been for. That for the sake of which, as it were.

People seem to think it’s a zombie apocalypse in the US and Brazil.

Because that’s the impression the media, and the governments actions are giving.