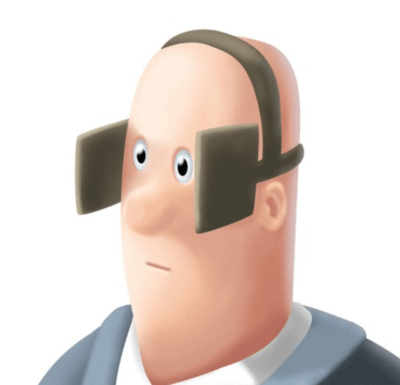 The usual blind spot in DLS’s analysis, covered all the usual bases in the cases for China and Taiwanese conflict, economic, historic, etc, but leaves out the main motivation – Culture.

Taiwan poses next to no threat to China either economically or militarily, yes there are the historical niceties that would be tidied up with re-unification and declaring the “Chinese Civil war finally over”, yet that it not the real threat that Taiwan poses.

Taiwan’s real threat is the same real threat that Hong Kong posed and in the eyes of the mainland Chinese communists is the same reason why it needs to be crushed. In the space of 100 years an alternative Hainanese culture began to emerge in Hong Kong, a fusion of East Asian ingenuity and industrialness, with Western liberal economic thought and the legal principals that enshrine such opportunity.

This was the biggest threat that Hong Kong posed to China – an alternative cultural viewpoint to the Imperial Chinese mainland that still exists in China today. Mao essentially grafted a Communist Party politburo on top of the existing Chinese Imperial systems, the Chinese Premier of today, Xi, is little different to the Chinese Emperor of Old. The biggest threat that Hong Kong posed is that it offered an alternative Hainanese cultural viewpoint that was increasingly accessible to mainland Chinese – they could see the economic and political freedoms that appeared to be working so well in Hong Kong, and the threat of “Muh Rights” across the border and out of the special economic zone into mainland China was a very real one.

The threat that Taiwan poses is a similar one – it was very little threat to China under its old right wing military dictatorship. Culturally they would be swapping one dictatorship for another, indeed if you examine China today and compared it to Taiwan of only a few decades ago you would probably not be able to tell them apart.

However, Taiwan of today has evolved – if a step towards increased civil rights and democracy is actually viewed as a movement towards progress and not a long term step towards social decay. Taiwan is a thriving democracy today, which means its political system is relatively open and thus able to be criticised and influenced by those who can control and influence public opinion. Most democracies initially start on this path, the idea is that a free and open press keeps the politicians in check and allows democracy to flourish under the transparency that it affords. Unfortunately as is increasingly apparent in the West the press does not remain free itself for very long.

Over the long term the laissez faire approach to economic regulation, which is another long term tendency within democracies, guarantees that the press eventually becomes increasingly concentrated and eventually falls within the control of just a few Oligarchs – it then begins the process of corrupting the society and transforming the purpose of the society from perpetuating itself towards delivering and maximizing economic gain for those who are best able to control and influence the social narrative, that the denizens mistakenly believe is their own.

In one guise or another China and Chinese culture has exists for Millenia. It is perhaps the only culture that can claim to have continuously existed for 4,000 years or so, other than a tribe of rootless cosmopolitans. The perpetuation of Hainanese independence and people, and their ability to maintain their own cultural self determination, is perhaps the biggest priority of Xi and the Chinese communists.

Taiwan’s Democracy and the enshrinement of individual rights over the rights of society is what is motivating Xi to pursue re-unification with Taiwan, because ultimately that is the biggest threat that Taiwan poses to China.

Xi has a Chinese view of history and knows that he is a single link in the chain that perpetuates it. He wants the Han to exist as a people well into the future, he doesn’t want to become a part of the West’s Globohomo, which is where Taiwan and even Japan is headed. The constant stream of Newspaper articles critical of Japan’s low acceptance of immigrants, its defining Japanese with racially Japanese people is an example of how these forces work over the very long term to chip away at a nation and peoples ability to pursue their own cultural self determination. The stronger the existing culture and the more different it is from the Globohomo that wants to replace it, the better their ability to resist, that is why young Western countries like Australia, Canada and even the US fells so quickly in comparison to the several centuries of effort to transform Western Europe – but strong cultures can only resist for so long, and the main vector of attacking them is always through the appeal of “Muh rights” over “My responsibilities”.

The people and forces behind Globalism, who see the entire world as having been gifted to them are constantly working against individual cultures – every powerful economy that exists within a fairly unified cultural setting pose the greatest threat to them and their desire to enslave humanity through banking and financial means.

This awareness and a desire to see the Han people and culture perpetuated into the future is, in my honest opinion, what motivates Xi.

This one is by Stewie!

Globohomo….isnt that the name of your Grindr profile, stewie?

LOL – I’m so pleased you have followed me over here Mag (can I call you Mag Maggot?) You have provided inspiration for some of my finest work:

hey stewie, solid article. i argued with people on macro about china a day or so ago, they’re quite deluded about china’s ability to become a superpower.

Hey Stag’s glad you liked the article – the usual blindspot for all economists exists with MB and DLS in particular.

That’s a well thought out and neatly presented analysis, Stewie.

for what it’s worth, my hunch – and it is only a hunch – is that while the preservation of culture is part of Xi’s motivation, it is likely less explicit and deliberate and more instinctual and primal.

A feeling of “we are not them, and we don’t want to be like them”, if you will.

The bigger part of Xi’s motivation I think is the more mundane desire for power, glory, wealth, etc. Distilled and fortified by the circumstances – the facts that:

With his place at the top cemented, over time we’ll get to see if he might feel seduced by another direction or if he’ll double down on standing his ground

Definitely agree their Peachy. China has gone its own way for thousands of years, if not tens of thousands. Whether or not it is an explicit or instinctual motivation the result will be the same.