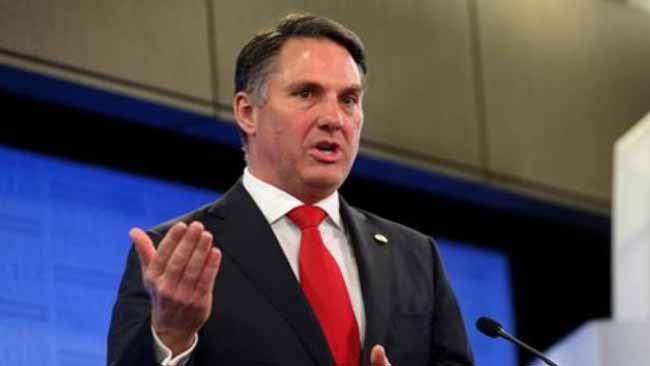 The ALP have denied allegations that they’re about to deliver carbon tax 2.0, confirming that they will instead announce ‘I can’t believe it’s not a carbon tax’ if elected in May.

After a tense exchange in which ALP deputy leader Richard Marles repeatedly denied a carbon tax on coal mines with reporter Jonathon Lea, Marles later confirmed that “I can’t believe it’s not a carbon tax” is in the works.

“The allegations that the ALP is planning to bankrupt Australia’s energy needs and send us back to the stone age, while China builds more coal plants, is untrue,” Marles said.

“We will however, be introducing a tax of some description on coal mines at a later date when you aren’t paying attention.”

Marles later said he and the rest of the ALP front bench were relishing opportunities to fuck up in the absence of Albo’s fuck ups.

I saw this exchange. Some actual journalism and Marles pissing his pants.

Labor will introduce this later in the year, the LNP next year. Both destroying industry.

It’s a left green religious cult. Anyone who thinks logical argument, like the people don’t want it, is going to convince these fuckers… You have to smoke green to believe that.

Mock them till their ears bleed. Otherwise we’ll all end up staved, blinded and killed in their gulags.