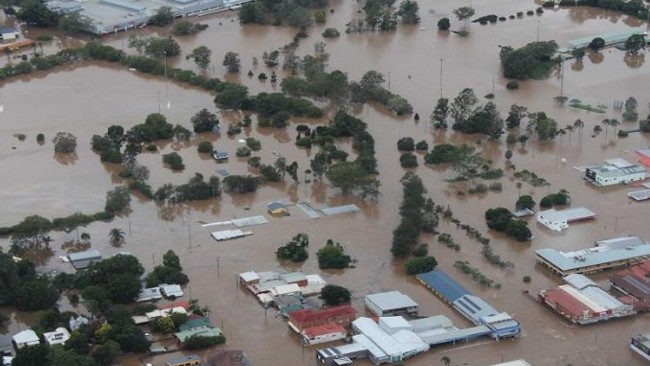 Property developers from around EZFKA have announced that they stand by ready to assist with future flooding, by lobbying for more housing in known flood plains.

The move comes as more homes are wiped out in NSW and Queensland due to record flooding in areas that are historicaly reknown for flooding.

“This is a great solution for everybody involved and really encapsulates the true spirit of EZFKA,” Meriton developer Harry Trigaboff said.

“We build the homes in an area known for it, they get destroyed and then we get to build them again. Meanwhile, the plebs get to ask for handouts from the tax payer as relief and the climate change brigade get some attention. It’s a win-win-win for us!”

A proposal for 200,000 more homes in the Hawkesbury region is already before the NSW government with more proposed for the Lismore area as well.

Yep. Exactly what they’ll do.

Always thought it nuts for all those houses to be approved along Hawkesbury river area.

The lobbying for the height of Warragamba Dam to be raised so they can build more houses in the floodplain is disgusting.

Waiting for the day the entire Gold Coast floodplain is hit by a big storm surge. It will be Australia’s version of Hurricane Katrina

No need for insurance, the government will just introduce another flood levey like Kevin07 did and make everyone else pay for it.

It was Gillard that introduced the flood levy.

The government makes insurance more expensive by having GST and stamp duty on your policy. Then we wonder why so many people were uninsured or underinsured for these disasters.

And the damaged properties will be easy pickings for the likes of EZFKA legend Nathan Birch.

Just think of the boost to GDP!