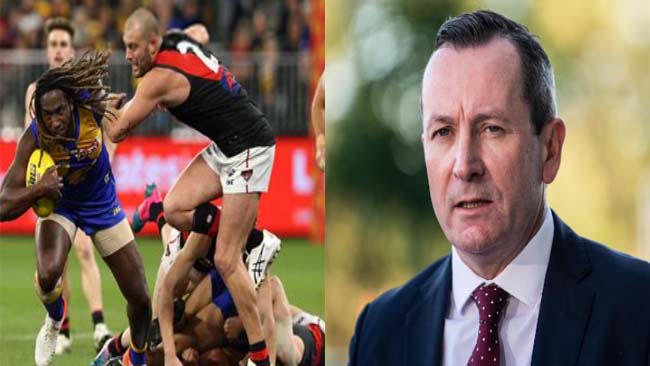 A new report has shown that the re-opening of the WA border is directly correlated to the restart of the beginning of the EZFKAFL.

The report, released today by the Bread and Circus Institute, showed that the science demonstrated the re-opening of the border was to facilitate sportsball beginning in the second week of March, at the expense of everyone else.

“If people didn’t pick up on the previous exemptions for the AFLW and everyone else then they’re dumb shits. The EZFKAFL runs Victoria and WA,” Professor Mark Hickman said.

“This banana republic state is only about two things – mining and sportsball. Your dying relatives and separated families can go get fucked.”

Premier Mark McGowan has indicated that a quadruple jab mandate will be pending for anyone wanting to enter the state.

Didn’t this fucking clown admit WA is an experiment?

Sure did! The masses became outraged, right on cue.

theres nothing left for them to lose now, might as well just annex all of ukraine

Last edited 11 months ago by stagmal
0

Even if borders were shut, the EZFKAFL would get an exemption anyway. They will have a press release saying the CHO accepts EZFKAFL’s Covid safe plan meaning the players and support staff will stay in luxury hotels and use sporting ovals that the ordinary citizens will be denied access to.