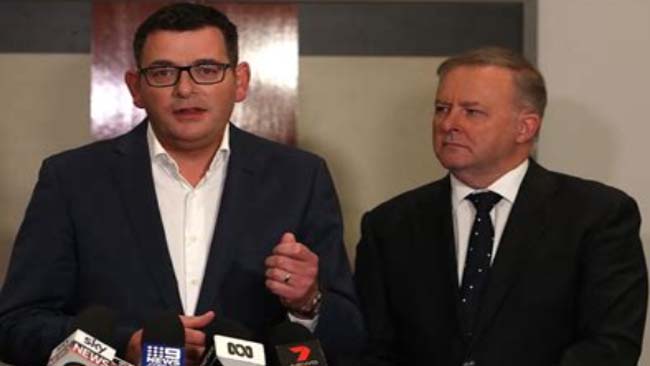 EZFKA Opposition Leader Anthony Albanese and Premier Daniel Andrews have announced a new ‘votes for visas’ immigration policy at a joint press conference, in time for elections in 2022.

Albanese has appointed former MP Craig Thompson to oversee the program, which will allow anyone who votes ALP allowed access to the country and it’s public services from the moment they touch down. Albanese affirmed it’s a ‘continuation of the previous program on steroids.’

“It’s imperative that we get as many migrants as we can. Migrants add a lot of value to the Australian electoral process particularly at the council and state levels in Victoria,” Albanese said.

“As much as it pains me to mention Mr Somyurek’s name, he did have that branch stacking thing up to speed and we need new ballot stuffers for November 2022,” Andrews said.

Scott Morrison has vowed to counter the policy with his very own ‘citizenship for investment properties’ offer and maintain that ‘the LNP are the party of front-door immigration fraud.’

Funny and truth together

About the Author: James Macpherson

The greatest religious belief in our country is money, and until the people’s faith in it is broken nothing will change

Well the RBEZFKA is certainly trying its darndest!

although, who knows, maybe they’re about to give up and to start hiking rates? 🥳