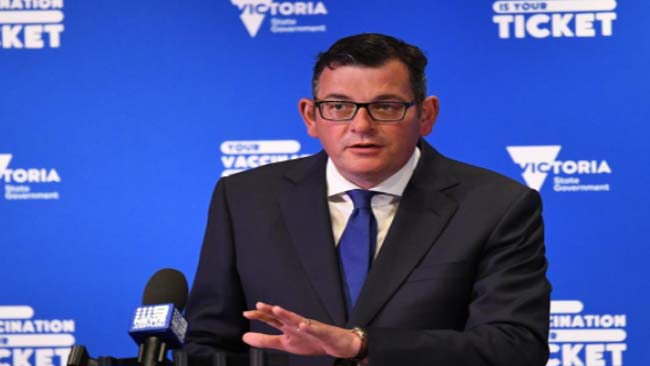 Victorian Premier Daniel Andrews has told a press conference that he will release the health advice he relied on the past 18 months ‘when he’s actually written it up.’

The Premier has still not provided the health advice that was required under a court order, with government solicitors believed to be furiously copying and pasting some shit from Wikipedia and Google.

‘I’d like to make the point again that we actually need time to throw something together. People actually believed we had any advice which was laughable,’ Andrews said.

‘I’ll make it clear again that the law has not mattered here in Victoria since at least 2013, so threaten to vote me out on Twitter all you like, I don’t care.’

Andrews says the health advice will be finalised ‘when Jane Halton actually sends him the email telling him what to say.’

So people wanted transparency about why the decisioning and how they got the rules and lockdowns during the pandemic. Access denied. Yet we are told if the new pandemic legislation is passed, we will get transparency. 🤔 can’t see that transparency coming.

But Timbo’s reporting is accurate, isn’t it?

Yep, pretty much Timbo was accurate.

I checked news.com.ezfka and there is not one instance of the word covid whatsoever. Gone, for good, for now

Hmmm. So, what are we to be scare of now?

perhaps I should check on MB, they are usually well in-tune with the terror du–jour…

EmBee are doing their power of EmBee crap on their Chyna position.

Seems to be a lot of climate change stuff at the moment. Seems a lot of people have solutions to sell…

power of EmBee crap on their Chyna position.

what are they actually claiming credit for? Has anything changed on Chyna?

…or jsut rhetoric, which you’d have to be an absolute dunce to believe (like believing immigration, macroprudential, etc rhetoric)

Rhetoric. Someone on Q&A said Keating is wrong on Chyna. DLS took it as a validation of his position.