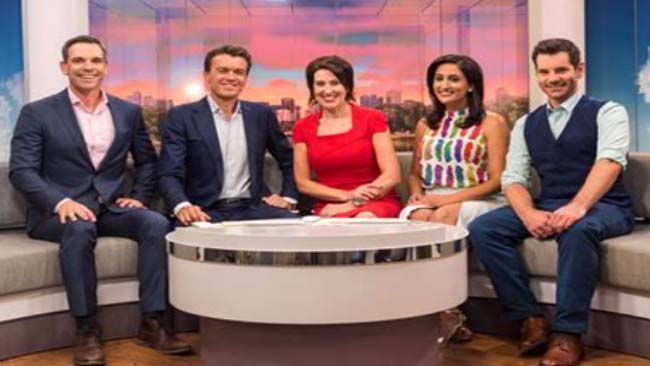 ABC News has announced that it’s straight white male on-air talent will not have their contracts renewed at the end of 2021.

A new policy is set to come into effect at the national broadcaster from 2022 onwards, which will spell the end for the patriarchy and white male privilege on air.

“This is historic and great to see diversity really playing out on the national broadcaster,” Ita Buttrose said.

“If people weren’t already sick of the constant woke bullshit and patronising demeanour that their tax payer dollars are paying for, then they’ll really enjoy having no white men on the screen.”

Paul Barry, Michael Rowland and David Speers did not respond to comment.

I dunno if they can do this. The matronly trolls on the ABC are practically retarded old men anyways.

Nothing feminine about any of them.

From the photo, looks like there are three women on the right, two blokes on the left. That’s not enough?

Virginia Trioli is the epitome of that channel. Complete uppity fuckwit.

It’s better if they identify as female or non-binary or something. Or be dating an interracial partner.

vanilla poofs barely count as a minority/victim group any more. Indeed, they have taken the role of oppressors of more niche and more-queer groups, and so must be viewed with suspicion.