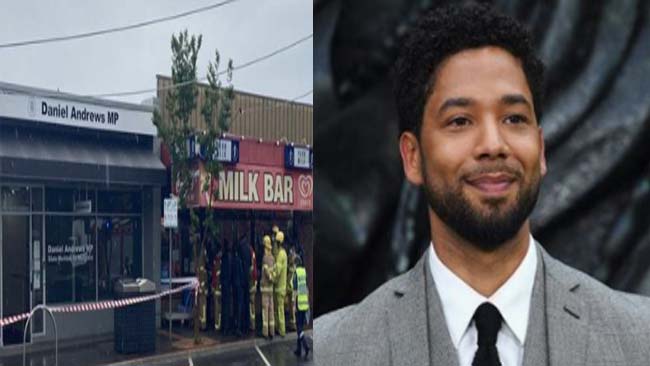 Victorian Premier Daniel Andrews has denied allegations that he made a phone call to Jussie Smollett, prior to a suspicious package being delivered to his office in Noble Park.

A package was delivered to the premier’s office just last week which sparked a ‘major police operation.’ Victoria Police later confirmed that the contents of the package as benign but may have come from Chicago.

‘I would like to make the point again that I know Jussie and our relationship is purely non-professional,” Andrews said.

“I can also confirm that neither him or his Nigerian friends were at the Portsea house near the stairs last year and those rumours are totally unsubstantiated.’

An inquiry is now underway into the incident which is expected to go nowhere.