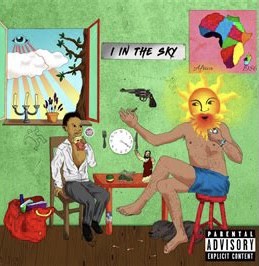 OK, so in response to Stewie’s concerns about the spike protein and my own, I did some reading. Here’s what I found.

First, the spike protein can do damage on its own.

However, the covid vaccine spike protein is not quite the same as the one in the virus, and this means that it shouldn’t be able to do any damage on its own.

So what happens to the vaccine spike proteins?

I dunno about the proline inserts being totally harmless though.

Seneff and Nigh postulate that the spike protein is a prion protein having guanosine at either end of its amino acid sequence. If a prion protein, then misfolding of the protein due to proline inserts could lead to prion disease.
Paper on this published in May 2021 issue of Journal of vaccine theory, practice and research.
Though the threat of this seems low at this point, with a few reported cases of CJD in vaccinated people, but not enough to raise alarm or questions.

I guess having that having the S1 portion on the cell membrane “sticking out” means your body’s defences are like to target the protein rather than the cell itself. I don’t know if any further research has been done to corroborate this claim. Dr Sucharit Bhakdi (microbiologist and virologist) actually said on many occassions (and in his books) that your lymphocytes attacks the epilthelial cells from which the spike protein protrudes. I think more research needs to be done here.

Finally be very careful with information from John Hopkins university and Universty of North Carolina at Chappel Hill. They are a big stake in this MRNA thing.

Thanks for that. What’s disappointing is the condescending lack of information given in government explanations about how this works. It was not easy to find out that the spike protein in the vaccine was different from the one in the virus. Looks like the PR chicks really are as dumb as I thought they were.

With my limited knowledge it seems posible that the vaccine protein could become a bad CJD like prion, but as you say it’s pretty unlikely. Then again, I was barred from giving blood in Australia for a decade or more because of the time I’d been in the UK during the mad cow disease epidemic so CJD can take a while to emerge.

The S1/S2 thing seems to be related to the AZ blod clots. I’m not clear about that yet so won’t comment further.

Good article Robert – thanks for following up my questions from yesterday. There are some good links there.