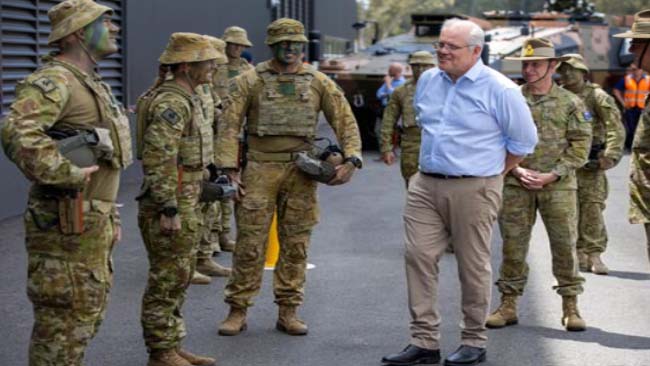 EZFKA Prime Minister Scott Morrison will take an entire Australian Army Regiment as a security detail to both WA and Queensland, to sell his Carbon Net-Zero plan during a community outreach tour.

1RAR from Townsville will deploy to provide protection to the PM during town hall meetings. Morrison rebuffed accusations that this was unnecessary.

‘There’s nothing wrong with taking a few precautions, much like John Howard wearing a vest in Sale in 1996,” Morrison said.

“I’m sure the mining and energy workers and their families will have a few questions, but overall they will genuinely be happy that we need to completely destroy Australian industry in order to save it.”

Andrew ‘Twiggy’ Forrest and Mark McGowan have both vowed to supply PLA troops if Morrison requests them.

Cunt is unhinged. Economic suicide at its finest with this greenie bullshit.