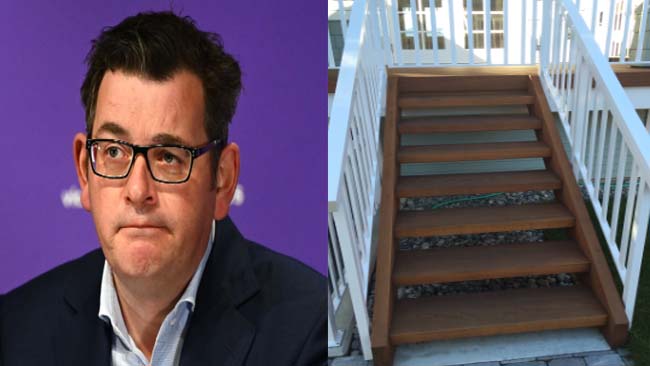 Victorian Premier Daniel Andrews has announced his resignation from politics after IBAC issued a subpoena for the staircase at Andrews’ Sorrento holiday house to testify on record.

The staircase also known as John, which Andrews claims he slipped on and caused his six-month absence from politics, was issued the subpoena last night and has agreed to go on record before IBAC.

Andrews issued no further comment and stated his resignation would take effect immediately.

“I would like to make the point again that I will not be continuing as Premier. I also would stress that anything the staircase says tomorrow is not correct and inappropriate to make comment,” Andrews said.

The staircase will be appearing via livestream this morning.

LOL or when Lindsay Fox takes the stand

Just like the inanimate carbon rod got employee of the month on the Simpsons, this staircase may get Victorian of the year.