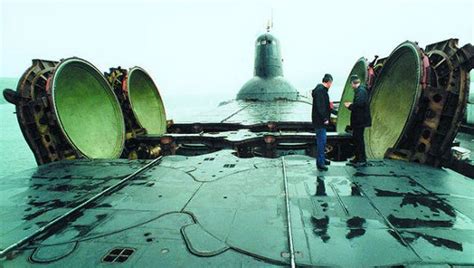 After the announcement of EZFKA obtaining new nuclear submarines from the yanks, the EZFKA Defence Department (EZFKADD) has announced that they intend to have the new subs modified to fire innovative hybrid “kinetic economic” weapons.

The subs’ vertical launch tubes will be modified to fit eight shitbox apartments. The weapons work by attaching an apartment to a two stage solid booster rocket. When launched, the rocket boosts the apartment into a ballistic trajectory and then upon reentry to the atmosphere, the apartment’s flammable cladding automatically ignites and rains hell down upon the enemy. The weapon is considered an “Aussie Trojan Horse” as when Chinese soldiers see the weapon incoming, they come out of cover and rush to the target zone in order to bid on the incoming empty dwelling.

The modification is expected to take 10 years and double the cost of the project. A EZFKADD spokesperson said “We’re very happy with this proposal as it follows the long Aussie tradition of every defence project coming in over time and over budget.”

The EZFKA Prime Minister (aka “that fella down under”) said “The great news about this project is that by the time it is complete, the Overton window will have shifted again and we’ll finally be able to build some nuclear power plants like everyone knows we should have done 10 years ago.”

The project to move each apartment from Western Sydney to the shipyard in Adelaide is expected to generate 500 well paying union jobs of which 400 will be for holding the traffic Stop/Slow signs at each intersection along the way.

In an additional boost for local jobs, the submarines’ soundproofing work will be outsourced to Multiplex. A Multiplex spokesperson said “This is great news, in all our years of building apartments, if there is one thing we know how to do well it’s soundproofing”.

The original French submarine builder, Naval Group, is said to be disappointed by the news and now intends to have former EZFKA defence minister Christopher Pyne sacked from KPMG Defence as he’s no longer needed.

Literally LOL right now. Nice to see another contributor, too.

This is the funniest thing I’ve seen on this site. Well played, sir.