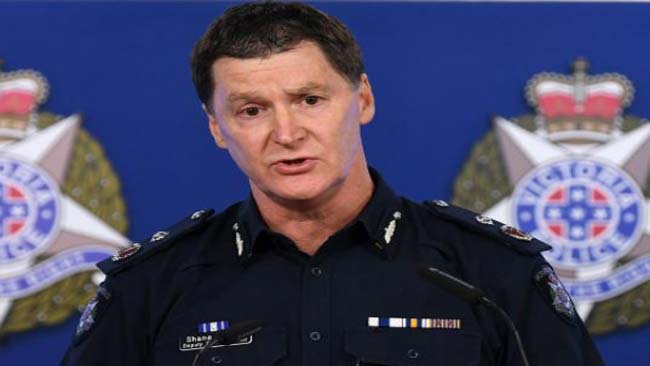 Victoria Police Commissioner Shane Patton has confirmed he has instructed his officers to use live ammunition on anti-lockdown protestors that enter the CBD, in the EZFKA city of Melbourne this weekend.

After criticism for firing on protestors with non-lethal rounds in August, Patton confirmed that after consultation with his advisors from the People’s Armed Police that escalation was the only option. The CBD will be blocked off with sniper nests and pill boxes set up.

“We support the right to protest and democracy in Australia, but if you are attending protests this weekend, you will be shot and you will be killed,” Patton said.

“I’ve been hard at work in the press making threats and having cringe puff pieces about how tough the cops are all week. Make no mistake, if you’re a broke small business owner who has called Lifeline in the past week, we’ll be doing our best to put you out of your misery.”

Patton said officers will be getting double overtime and receiving bonuses for protestor kills and injuries, as well as any taken as political prisoners in accordance with UN Strong Cities guidelines.

Cops are suspending public transport going into the city from 8am to 2pm on Saturday.

On a side note, the Police seem to be doing everything they can to get people to hate them.

The police leadership/politicians are doing it.

Vic Police Commissioner: ““Melbourne is pretty much the protest capital of the world. We have no problem facilitating protests … this weekend is not the place & time. This whole cohort of people who are about ‘freedom’ don’t respect the freedoms of others.”

Sure thing Jan. I’m intrigued by this sudden concept of ‘social responsibility’ we all have to each other during COVID19 that was conspicuously absent prior to it and continues to be absent in any aspect of current life if it doesn’t directly involve COVID19.

﻿No social responsibility to those who need that public transport to get to their ‘essential’ jobs? Not to mention if the protest was changed to BLM the enforcement, if not the rhetoric, would completely disappear.

Don’t you know ‘we’re all in this together’ *

The met gala was strikingly similar to the hunger games

God how could anyone not hate these cunts

Because there’s a thin line between luv an hate?

Is this real or just some fringe news?

Everything here is apparently tagged satire.

This is great news. The Police are shooting you to save you from the virus. Get vaxxinated!