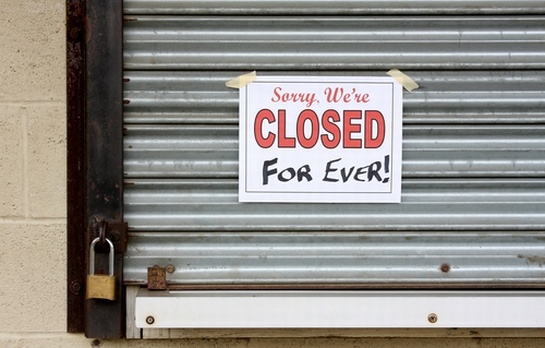 A Victorian government employee has won the coveted Victorian “Snitch of the Year” award for 2020, for his outstanding work shutting down businesses failing to comply with QR code check-ins.

David Goldberg, an employee with the Victorian DHHS, was celebrated for shutting down over 105 businesses during 2020 lockdowns that failed to enforce the controversial QR code check-in.

“It was hard striking a balance between letting the corporate chains get away with everything, so we focused on crushing the small businesses who don’t have the resources to fight this creeping surveillance legally. It proved to be a very fruitful campaign,” Goldberg said.

“He really went above and beyond to keep the public safe and keep small businesses with tiny margins in a constant state of fear,” Merlino said.

“We haven’t openly stated that QR codes are a precursor to social credit scores and increased surveillance, but EZFKA units can’t think more than one step ahead so we’re not concerned. Expect more of it – if you flout the rules then it’s Centrelink for you.”

The Institute of Public Affairs said this was “horrendous government overreach” but stated that private corporations should be allowed to do what they want, especially including corporate-government collusion to put smaller competition out of business.

Nailed it. Fuck these guys. Basically low status people deriving pleasure out of destroying ehat others have built because deadly virus.

bureaucracy to a tee.

Screw small business. But let’s save the AFL with QLDs help. Victorian must remain in Victoria unless you are part of the AFL:
https://apple.news/AWAKhuCopQ1WVMm7pvvpV8Q

Small business in Melbourne was already on life support before this lockdown. Last weekend dropped in at a friend’s shop in East Melbourne – someone who had managed to survive Covid due to having great customer loyalty without needing Jobkeeper, but also hadn’t had a single sale all day on what is normally his busiest day of the week.

Went to shout him a meal from the local kebab joint as neither of us had had lunch yet –  while on the way over noticed quite a lot of other shops on his strip all but a couple were closed, had their insides gutted or advertised for lease. When I placed my order the worker also commented on how it was also quiet on a Saturday – usually there are at least a few people there on the weekend as it’s a decent feed.

Weather was perfect that day too.