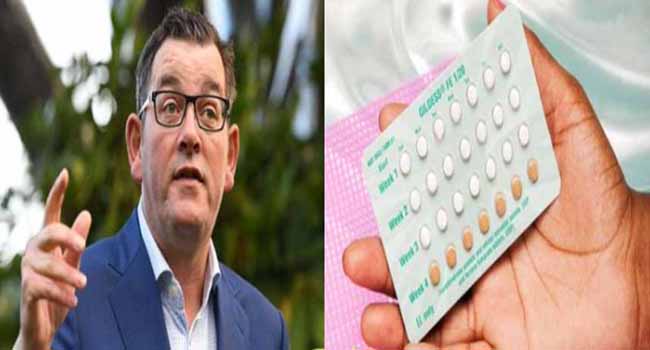 The EZFKA state of Victoria will make history this week, after becoming the first Australian state to ban condoms, the pill and other forms of contraception.

“It’s great to see Victoria leading the way worldwide again as a truly progressive state. Our record high vaccination rates means there’s no need for other forms of birth control and we thank Pfizer, Moderna and the rest for making this happen,” Andrews said.

“I’d also like to thank the most compliant, bed-wetting group of softcocks in Australia that can’t think of second and third order consequences and that love to follow rules for the sake of it – your sacrifice in terms of the greater good of depopulation is noted.”

Andrews said he was already in talks with Anthony Albanese in terms of how many Nigerians to import to replace the excess deaths in Victoria.

at least Nigerians will not be softcocks!

In the female population and in changerooms between AFL players, henceforth they shall be known as the “impalers”.
name sounds good for an AFL club.

I’m not sure whether this group of researchers, or their pre-print paper, will be the first to disappear:

Discussion: The excess risk of serious adverse events found in our study points to the need for formal harm-benefit analyses, particularly those that are stratified according to risk of serious COVID-19 outcomes such as hospitalization or death.

Last edited 4 months ago by plaguerat
2

I wonder if this will be dysgenic? The laptop class/twitterati vaxx enthusiasts all got shot ( I love fuckin Science! ) but the mong/dunger class didnt.

A fly in your ointment
Reply to  Basil Thistlethwaite

You mean exactly as the original proposition for the movie Idiocracy?

Basil Thistlethwaite
Reply to  A fly in your ointment

You mean exactly as the original proposition for the movie Idiocracy?

A Fly In Your Ointment
Reply to  Basil Thistlethwaite

Legislating the dumbing down of society: NSW selective high schools going woke, 20% of intake will no longer based on academic merit but instead filled with selected chosen groups of the day.

Yeah… the elites can’t have other peoples children competing with them, even mildly fairly…

lol. best of luck to all the karens who overspent on getting into a specific school catchment area.

I believe Taiwan has had something like a 26% decline in live births in 2022, which is about a 20 sigma event. That’s about the same probability as an asteroid striking me this afternoon.

Coincidentally, they’ve also had about a 25% increase in all cause mortality.

A massive decline in births at the same time as a massive increase in deaths equates to an existential crisis for the Taiwanese. Scientists are baffled, of course.

Similar large birth declines are being reported I’m European countries. It’s all a bit of a worry, really.

I hear that the next “fertility-booster” shot will be delivered not into the arm, but into the abdominal area, rabies-shot-style.

Last edited 4 months ago by Peachy
1

Seems like wasted effort. The standard form of the shot seems to be pretty effective at ruining fertility as it is.