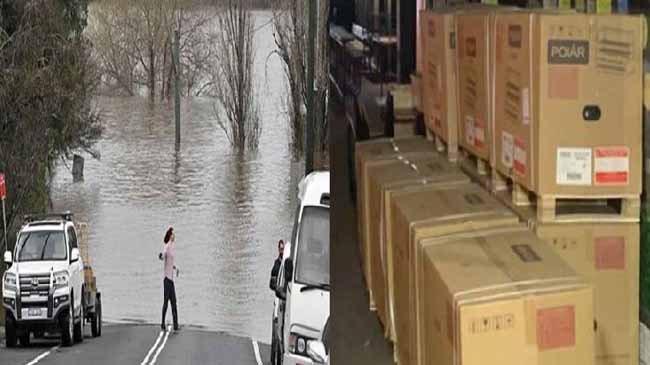 EZFKA PM Anthony Albanese has announced help is on the way for flood affected Sydney residents, battered by record rainfall this week.

The PM has announced that $100 million worth of fridges from Victoria’s highly successful carbon credit program, will be sent to those affected by floods.

“This will really help them get back on their feet, as shown it’s been a great success in Melbourne and I thank Premier Daniel Andrews for his support,” Albanese said.

“I would be there in person but as you can see I’m on a lovely junket here in the Ukraine, sending Australia’s defence equipment to be destroyed.”

Albanese said he will be returning to the flood affected area next week for a quick photo-op and then on his way out of the country again.

That fridge debacle was the fucking greatest rort this year.

Shae the Burmese
Reply to  Agent 47

Any links so I can understand the fridge rort? It escaped my attention.

Agent 47
Reply to  Shae the Burmese

Thanks! The link was busted, but I did find another one.

That is Australian ingenuity!