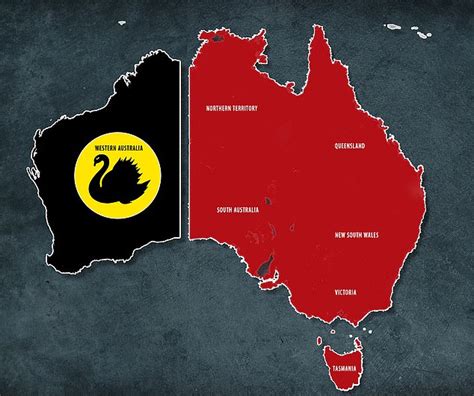 Regardless of the outcomes of the election, I have taken the responsibility to ensure the future of my subjects to the controlled life and questionable prosperity. Based on the ease with which earlier mandates of triple-jab, quarantines, restrictions and the like were met with an overwhelming support of my loyal subjects, this new change will be welcomed by all.

I declare Western Australia an independent country. I will become King Mark I. Our subjects will from now on shall be known as WAesternites. Each one shall have a right, but not a claim, to the mineral wealth of our new country.

Our future as a nation shall rely upon the three whales, as described in ancient history.  Iron ore, BHP and Rio Tinto. We will continue to grow additional whales, should the founding three deem it to be necessary.  I already have full support from Gina, and we are having detailed and meaningful discussions with Andrew.

One of the most pertinent questions on the mind of every loyal WAesternite is security.  While the rabbit fence has proven itself, we need to be sure that the prosperity of our land, the barren soil we call home, is safe and sound. We need this safety to ensure that we can continue to dig it up and sell it off in the name and for the benefit of every WAesternite.

I have had a number of workshops and parliamentary discussions on the subject and have developed a solution that protects all WAesternites. I, your King, declare:

Your King Mark I

WA must have the highest infection rates per capita in the world not just right now but during the entire pandemic.

UK has 25x the population of WA. When WA has new 15k cases, that’s like the UK having 375k cases. UK only ever got to 275k and that was at it’s peak at Christmas/New Year in the dead of winter when everyone had congregated indoors for the festivities. Perth has one of the lowest population densities for a city on earth, car culture, weather this time of the year equivalent to summer in London.

What da coitus you know?
“Science says…” silly, don’t dontchya know?
Modelling said that the best outcome can be achieved by jabbbadabba. It means that for a small token big pharma can recover some costs of the development of jabba and people will get approximately 2 weeks of protection. If only all the folks in WA decide to receive jabbadabbas over that period the viruses would suffer the fate of the PM Scum Moronson and the lockdowns would end.
Apart from climate, modelling was always the accurate way to know what the future brings. Second only to clairvoyance, it is the pinnacle of science. Whom should we trust, you or the approved science?

In the US they noted that the states that had the highest vax rates had the highest case numbers too, they did a study and found that the jabs make you more likely to catch and spread the whuflu, notably the more jabs you have the greater the chance you have of getting it.