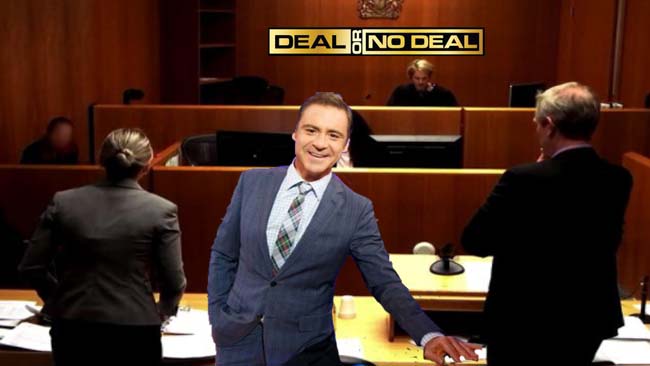 Channel 7 is set to revive it’s hit gameshow Deal or No Deal next season, with a revamp to the format.

Former host Andrew O’Keefe has been brought back into the fold, who will be featured pleading in front of a magistrate in each episode on different domestic violence charges, either accepting or rejecting the sentence.

‘I’m excited to be back in the host chair and in the witness box,’ O’ Keefe said.

‘People have cast doubts on whether we can produce enough television for five nights a week, and I’m confident that there’s enough assaults in me to produce for the public.’

The new season starts next week, as O’Keefe’s latest charges are read out at Downing Centre Local Court.

Spot on! It’s par for the course with these #metoo male feminist types. If you want a good example of Andrew O’Keefe displaying his male feminist credentials look at the interview he did with Cassie Jaye on Sunrise, absolute dumpster fire.

He never recovered from the time Mark Latham bodied him on tv. It was all downhill from there.