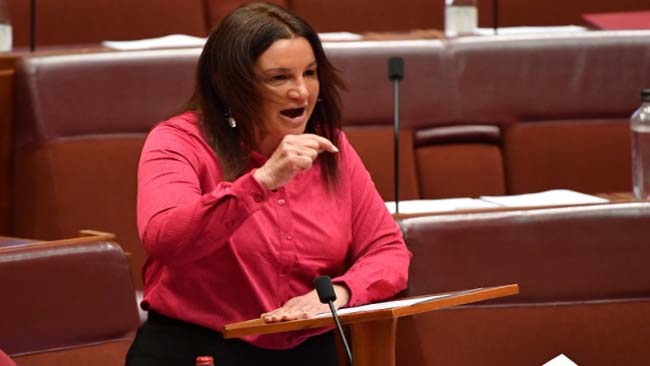 Tasmanian Senator Jacqui Lambie has announced she won’t be contesting the next election, after being offered a board position at pharmaceutical giant Pfizer.

Lambie was reportedly offered 7 figures in exchange for her soul, with Satan and Pfizer CEO Albert Boula agreeing to terms with the independent earlier this year.

“I’ve had a series of on-camera meltdowns that usually happens when you sell your soul, it wasn’t just because I’m a dumb shit and unstable,” Lambie said.

“It’s no different than the terms and conditions that everyone else in National Cabinet has signed up for, especially Michael Gunner and Daniel Andrews who got really good deals. I have to think about my post-politics career and this is an EZFKA tradition for mediocre politicians with no moral compass.”

Lambie has also issued an injunction against all copies of her confrontation with Dr Brendan Murphy over vaccine adverse reactions last year.

This needs to be bookmarked.

Her PR are currently in full panic mode. Hilarious.

Women like Jacqui are crucial in generating sales of Pfizer’s Viagra.