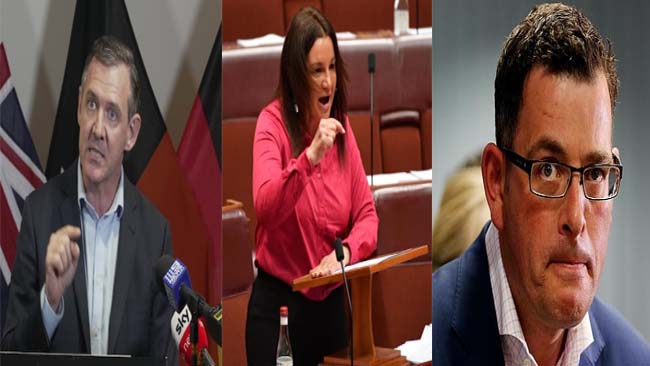 NT Chief Minister Michael Gunner is now the odds-on favourite to reveal himself as the Anti-Christ according to new data from Sportsbet.

Gunner is currently paying $1.05 after slightly nudging out Jacqui Lambie, Daniel Andrews and Scott Morrison for the top spot. Gunner’s recent unhinged performances on television this past week have him as the favourite to bring the book of revelation to reality.

“It’s a red hot market. I’d also expect Mark McGowan and Kerry Chant to make inroads as the year draws to a close,” a spokesman for Sportsbet said.

“Lambie has made a strong case in the last few days but never count out Scomo as the great deceiver, so-called Christian man and all.”

Gunner was unavailable for comment, as he was apparently attending a sacrifice ritual for unvaccinated Indigenous Australians at a remote community.

There are allegations on social media of forced vaccination and removal of indigenous by ADF in NT at the moment. If true then that’s very dangerous political ground.

All I could find at the ABC

The blackfellas clearly don’t know what’s good for them.

Affirmative consent laws (whatever that means) in NSW and ACT because some silly girl becomes a bit of an exhibitionist when she’s been drinking and gets naked and starts rooting in her boss’s office in Parliament. Then so satisfied after the root she ends up drifting off to sleep there on the couch and wakes up feeling a little embarrassed when caught (word would travel quick through Canberra I imagine small place).

Funny how consent doesn’t apply to the jab, the medical variety I mean.